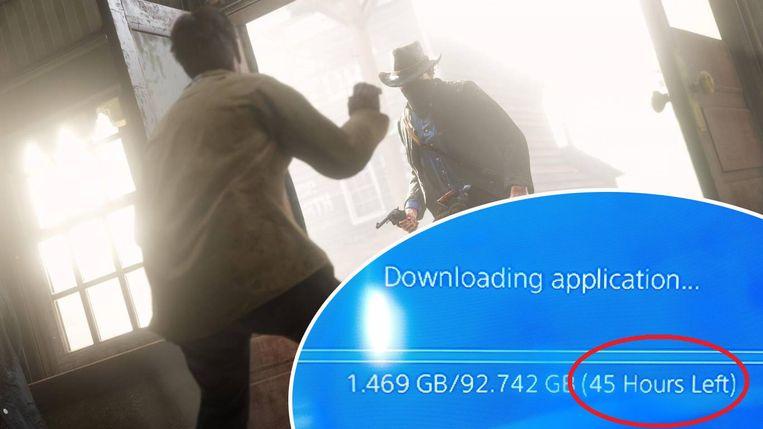 Red Dead Redemption II is big, very big. The game, which is released recently, is one of the highlights of the year.

Many gamers who bought the digital version were waiting impatiently for them to start playing. And for many, the download of more than 90 GB clearly took far too long.

Many gamers share their frustration on social media, although some also admit that the long wait is their own fault. Developer Rockstar Games already made the download available in advance, but not everyone started on time. Fortunately, the game does not have to be completely downloaded before you can start playing. And many fans can also laugh with their torment.

At least @RockstarGames allows us to download Red Dead Redemption before the official launch. pic.twitter.com/RJH1ZgYuwA

Just got Red Dead Redemption 2, an now downloading the 2 discs… I haven’t seen a 2 disc download in like 4Ever… 105GB on my PS4 gettin eat up right now… pic.twitter.com/xli3WARK35