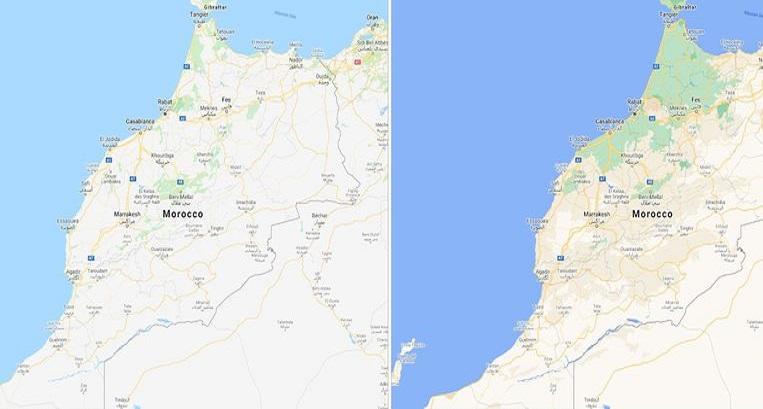 Google is going to improve the graphics of its Maps service. For this, the satellite images are used that are already available on the service. Google uses an algorithm to convert those images into detailed graphics cards.

In its own words, Google uses a new algorithm to interpret the existing satellite images and convert them into colors. The algorithm analyzes the photos and tries to determine what is on them.

For example, a distinction can be made between forests, water, mountains, and beaches. Google then converts that information into a graphical representation.

Google shows some examples of the improved maps on its blog. For example, snowy mountain peaks can be seen on it, which makes it easier to estimate the height of the mountains.

A densely wooded area will turn a darker green than an area with less dense vegetation. Starting this week, the improved display will be rolled out worldwide.

Google says users have to zoom out to see that. In London, New York, and San Francisco, the street display will also get more details in the coming months. This will make the shape and width more accurate. Other cities will come later.