Disney movies are not necessarily just fantasies with unrealistic scenes. That proves the photo taken by Dafna Ben Nun in South Africa. On top of that, a baboon imitates the world famous ‘Circle of Life’ scene of Disney classic ‘the Lion King’ in which small Simba is presented to the African animal kingdom.

The baboon in the photo actually lifts her own young into the air, the similarities are striking. Just as if the animal had just watched the film. Judge for yourself.

Photographer Dafna Ben Nun captured the iconic image during her journey through South Africa. She wanted to learn more about the local fauna and flora and was pleasantly surprised by the two baboons.

Almost 700,000 Britons on the streets for new referendum Brexit 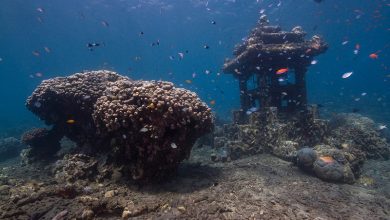 Secrets behind Shi cheng before the flooding in China