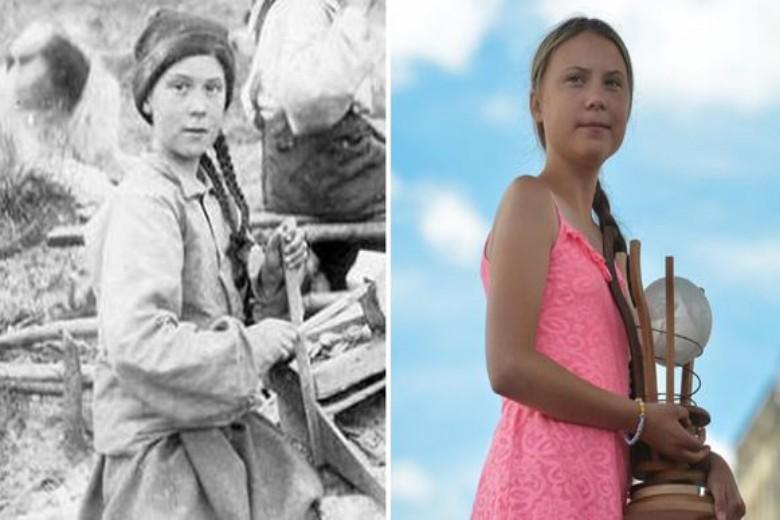 Like two drops of water: Greta Thunberg looks astonishingly like a girl who was photographed some 120 years ago. “The much-discussed climate activist must therefore be a time traveler,” it sounds with a joke on social media.

The conscious picture on which three children can be seen is going viral at a breakneck speed. Not surprising if you take a closer look at the figure in the foreground. The characteristic braids complete the parable.

In reality, this concerns children who are working in a gold mine in Canada. In other words, the photo that emerged from the archive of the University of Washington shows the deep suffering of child labor.

But that can’t spoil the fun on social media. “Greta is a time traveler from the future. She came here to save u,” it sounds, among other things.

Thunberg herself is currently en route to Madrid where she will attend the climate conference. The summit would normally take place in Chile, but moved to Spain at the eleventh hour due to great social unrest in the South American country.