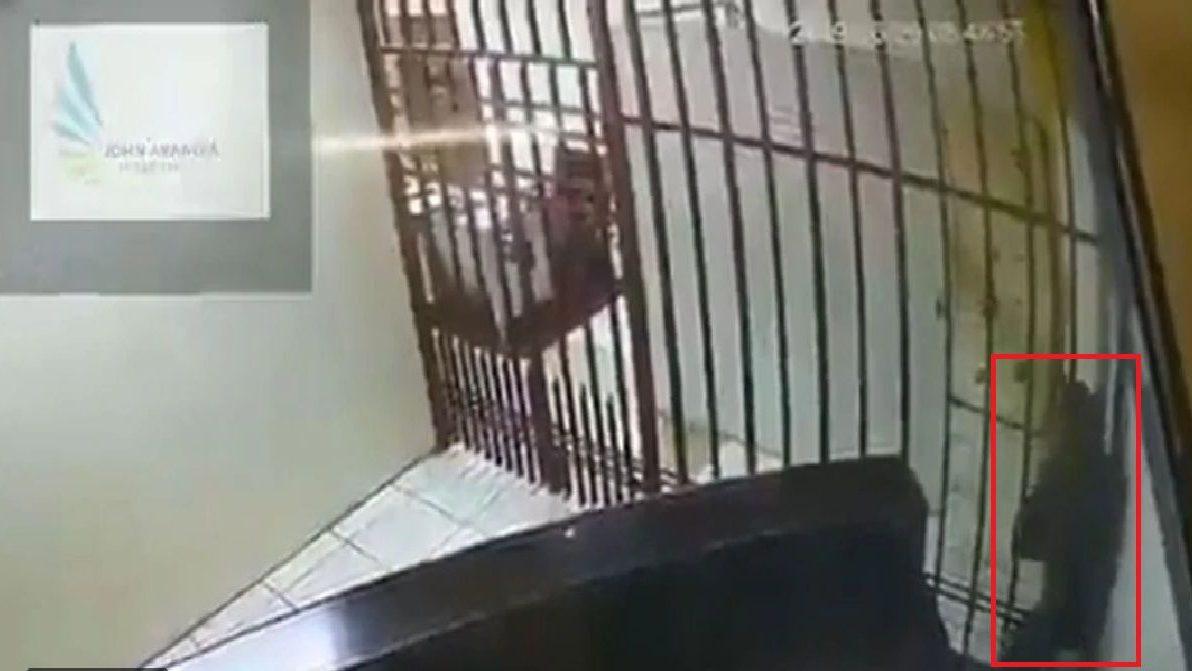 The police reported that the known offender used his “physical constitution” to achieve his mission. The “Coco”, nicknamed Jorge Mantilla, who had been arrested by the Bolivian police for several robberies, took advantage of his thinness to cross the bars of the cell where he was, as seen in a video that captured the moment of his escape.

The video, which went viral in the last hours, motivated an extensive operation that managed to find his whereabouts. The director of the Special Force to Fight Crime in La Paz, Sergio Bustillos, said that “they have recaptured” the “Coco” through an operation in a popular area of the city while trying to leave the country for Peru.

The first arrest of the “Coco” occurred last week after the police recognized him in a video from a security camera that circulated through social networks, which shows a thief entering skillfully a house in La Paz neighborhood of Villa Fátima.

This man is known in the underworld as the “thief of Villa Fatima” because that area of the city is the main focus in which he is attributed to his criminal activity.

The images showed how the subject who enters a home does his work with relative calm and analyzing what things he should steal, while his inhabitants were away.

Bustillos recalled that this man also “had a history” of robberies in other areas and that when he was arrested he carried several objects “in order to break doors and locks”, along with some others that he would have stolen.