In an ancient harbour off the coast of Israel, members of an amateur scuba diving club have discovered a vast treasure of gold coins from thousands of years ago. It turned out to be the largest gold coin ever found in Israel.

The find gave every reason to assume that the remains of an ancient shipwreck could be hidden in the depths of the sea. Probably, a ship carrying treasures sank here. And this is not the only gold treasure of Israel.

A significant record number of coins in question were found off the coast of Caesarea; a city built about two thousand years ago by King Herod the Great. As you know, Caesarea was a port city – central to the Kingdom of the Fatimids. During this period, the caliphate minted most of the coins. At its peak, the wealthy Fatimid kingdom ruled over a region encompassing most of North Africa and the Mediterranean and had 12 million dinars in its central treasury.

Israeli scholars clarify that most of the gold coins minted in North Africa and Egypt were made during the reign of the Caliphs Al-Hakim and Al-Zahir – between 996 and 1036 AD.

The dive club that first discovered the coins thought they were fake. At first, only a few coins caught their eye, and they sparkled brightly in the light. Nevertheless, the club director decided to report the find to the authorities, and the Israel Antiquities Authority returned to the site with metal detectors. As a result, the search team found a total of almost two thousand gold coins. They were all in perfect condition – they looked brand new as if they had just been minted.

“Despite the fact that the coins were at the bottom of the sea for about a thousand years, they did not require any cleaning or conservation intervention from the metallurgical laboratory,” said an employee of the Israel Antiquities Authority numismatist Robert Cole.

The specialist sees the reason for such an ideal state of the coins that gold, as a noble metal, does not react with water or air.

It is likely that initially, the treasure lay deeper, but winter storms moved the sands from the coast, which made it possible to find it.

Coins have been found in dinars, half dinars and quarter dinars – some of these types of coins are known to still be in circulation after the Crusaders conquered Israel in 1099.

Interestingly, many of the coins found by scuba divers were bent or had teeth marks. Archaeologists suggest that, probably, traces were left by some ancient merchant, who thus decided to make sure of their authenticity and the absence of cheap metal impurities in the alloy. It is known that teeth marks remain on pure gold after a bite, while biting other metals is likely to damage the teeth, not the coin.

It is not entirely clear how exactly the ancient money ended up at the bottom of the sea, but scientists have an interesting hypothesis.

In this place, there was probably not an ordinary shipwreck, but the ship of the official treasury, which was sent to the central government of Egypt with the collected taxes, sank. Perhaps the money was intended to pay the salaries of the Fatimid military garrison. At that time, he was stationed in Caesarea and defended the city – suggests the head of the marine archaeology department of the Israel Antiquities Authority, Koby Sharvit.

According to another version, a wealthy ship was shipwrecked here, which carried on trade throughout the Mediterranean region.

This is not the only time that archaeologists have found an ancient treasure of gold in Israel. For example, in 2013, a bronze box with money was discovered in Caesarea. It was hidden between stones in the wall of an ancient well and remained unnoticed for more than nine hundred years. Scientists suggest that the money was hidden in a big hurry – in a small box, there were two dozen coins and a gold earring without a pair, while the owners did not find the lid from the box – instead of it, the box was covered with a ceramic splinter.

The treasure includes two types of coins. The first is 18 dinars, minted by the Fatimid Caliphate and very similar to previous finds made in Caesarea. This is the typical currency of the time. But the remaining six coins are more interesting – they are very rare Byzantine gold solidus. Five of them – curved in shape – were in circulation during the reign of Emperor Michael VII Ducas – Robert Cole commented on the find.

The wealth of an ancient pottery

More recently, archaeologists who conducted excavations in Yavne have found a tiny treasure – seven coins made in the 8th-9th centuries. The money was minted, presumably, during the reign of the Caliph Harun-al-Rashid.

The treasure lay in a small earthen pot near the stove. In the place where the coins were found, there used to be a pottery workshop, and perhaps the coins belonged to its owner – an ancient artisan.

According to Robert Cole, not all of the coins found are local. Some may have been minted in northern Africa. But such a solid, minted during the Byzantine emperor Theodosius II (420-423), was accidentally discovered by Israel high school students during an orienteering competition. 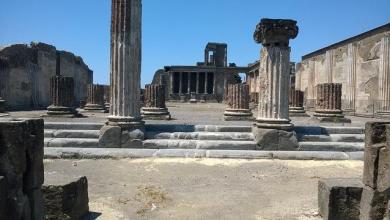 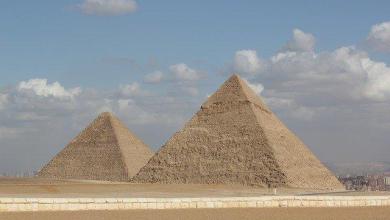