Karim Arfa, a young Tunisian entrepreneur, has succeeded in putting an end to the ordeal of dozens of schoolchildren who are forced every day to cross a precipice on simple planks at the risk of their lives. Indeed, with the help of the town hall, he built a bridge using simple railroad tracks.

Thursday, February 4, was a day unlike any other in the village of Balta-Bou Aouane, in the governorate of Jendouba, in northwestern Tunisia. Indeed, in the presence of Mayor Salah Ferchichi, a bridge allowing the village’s inhabitants, particularly dozens of schoolchildren, to cross a precipice was inaugurated. It is the work of a young entrepreneur, Karim ben Arfa, head of a small construction company.

Previously, dozens of children were forced to cross this precipice twice a day using simple boards at the risk of their lives.

A young man on the move

“This project was made possible, thanks to the participatory work to which the young Karim ben Arfa, owner of a construction company, contributed voluntarily, with the help of the municipality,” declared M.Ferchichi to the Realities Online site.

In photos posted on social media, children express dazzling joy at being able to go to school without worrying about how they have to cross the small lake that separates their home from school.

According to the Webdo website, Karim ben Arfa used simple railway tracks in the bridge’s construction, which helped to bring these schoolchildren and the inhabitants out of their isolation.

Nike launches the first sneaker you can wear without hands 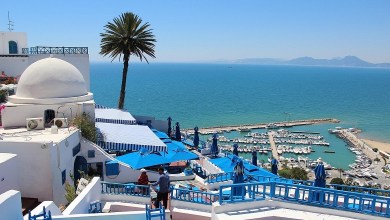