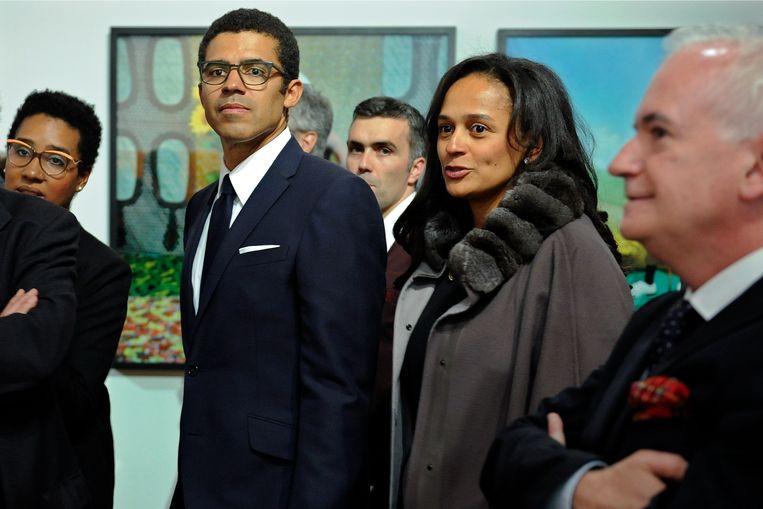 Isabel dos Santos (46) – the richest woman in Africa and daughter of the former President of Angola – has once again been discredited after leaking confidential documents from her business empire. It would appear that she gained her fortune of 2 billion dollars through corruption and favoritism, on the back of the people of Angola. While Dos Santos and her husband Sindika Dokolo (47) enjoy a life of luxury, more than half of the population has to live on less than 2 dollars a day.

It was the International Consortium of Investigative Journalists (ICIJ) that got hold of the confidential documents (the Luanda Leaks) and explored it with the help of journalists from 20 countries. It would involve 715,000 emails, contracts, audits, and invoices. Based on that, it was reconstructed how Isabel dos Santos built up her fortune.

The daughter of José Eduardo dos Santos – who was president of Angola from 1979 to 2017 – would have benefited from her privileged position to build a business empire consisting of more than 400 companies in 41 countries. There were also P.O. box companies, which allowed her to avoid controls and to invest carefree in companies in the banking sector, telecoms, television, diamonds, alcohol, and real estate. She would also have made hundreds of millions in profitable deals with the Angolan state.

According to the British newspaper ‘The Guardian’ (which took part in the investigation), the documents show that the oil company Sonangol – which is owned by the Angolan state – was the couple’s most valuable asset: a share in the private Portuguese oil and gas company Galp worth EUR 750 million, for which it paid only EUR 11 million.

When Isabel dos Santos led Sonangol, she would have made sure that more than 100 million euros were paid to consultancy companies through a company in Dubai that was in the hands of its employees. And thanks to a partnership with a state-owned diamond company, 180 million euros in government debt would have ended up in a distressed jewelry brand that was partly owned by her husband. Furthermore, two companies from Dos Santos (and their subcontractors) would also have received up to 450 million euros from a luxury real estate project in the Angolan capital Luanda.

With the money that Isabel dos Santos and her husband collected, they were able to live very comfortably. They acquired several luxury properties, including a 50 million apartment in the exclusive La Petite Afrique residential tower in Monaco, three 28 million properties in the chic Kensington district of London, and residences in Dubai, Lisbon, and the Algarve.

The couple also has a superyacht of 29.5 million euros and Sindika Dokola claims that he has the most extensive collection of African art in the world. The contrast with the population in Angola cannot be higher, where more than half have to live on less than two dollars a day.

Three weeks ago, the Minister of Justice of Angola froze the assets of Isabel dos Santos, Dokola, and their chief adviser. That happened after accusations that they had made oil and diamond companies of the state about 900 million euros lighter. A criminal investigation into irregularities started in September when Dos Santos was in charge of Sonangol.

Isabel dos Santos and her husband deny all allegations. According to them, computers of their employees were hacked and are the victims of a political witch hunt. “My fortune came because of my character, my intelligence, my education, my professional abilities, and my perseverance,” she wrote on Twitter.

The witch hunt would be led by the new president of Angola, João Lourenço. He would like to eliminate Isabel dos Santos as a potential political opponent. After all, she claims to “consider” to stand for election during the next presidential election.

Former President José Eduardo dos Santos also pleads innocently and denies in an open letter that he would have diverted money from the state. Jose Eduardo dos Santos ruled Angola between 1979 and 2017 with an iron hand. His opponents accuse him of controlling the economy in Angola, one of the poorest countries in the world, of getting personal wealth out of it.

During his reign, he made the most valuable companies state property. The proceeds went to a select group of politicians and soldiers. It made Angola rank as one of the most corrupt countries in the world. Isabel dos Santos is not the only one of his children who gets hot under the feet. Her half-brother José Filomeno is on trial for allegedly trying to darken 450 million euros from a government fund. He also pleads innocently.

Half-sister Welwitschia was dismissed as an MP last year after she moved to the United Kingdom. She fled, she said, after being threatened by the secret service. The Angolan court has now announced that they will use all possible means and international mechanisms to return Isabel dos Santos to the country. She currently resides partly in London and partly in Dubai.

They accuse the wife of hiding more than a billion dollars with her husband from the accounts of the state-owned companies Sonangol, an oil company, and Ediama (diamond) to finance their private affairs. Isabel dos Santos also denies all accusations against Angolan justice and claims that she was never informed of the prosecution. According to the Attorney General, dos Santos had received a notification and had left the country the same day.

At the beginning of January, the Portuguese court also opened an investigation into dos Santos for public money laundering.