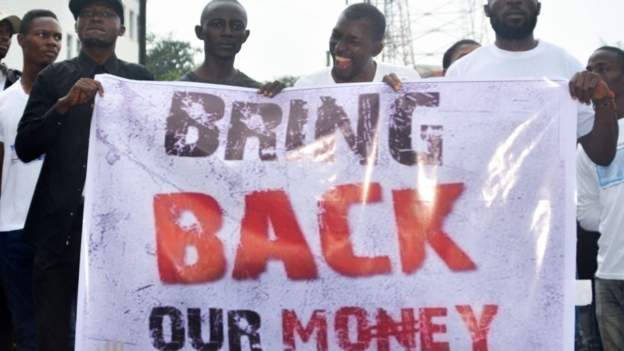 For more than a month, Liberians have struggled to get cash from their bank. Broke, they prepare hard for Christmas and the end of the year.

The lack of liquidity seems to be related to the mystery surrounding the presumed disappearance in March of more than 100 million US dollars, about 57.5 billion CFA francs, from the central bank.

This money would have disappeared from the containers of the port and the airport of Monrovia. In September, the Liberian government ordered an investigation, the results of which are still pending. But the governor of the central bank, Nathaniel Patray, denied the disappearance of the money in question. There is no shortage of cash, he says.

The shops of Monrovia are frequented by thousands of people during the end of year celebrations. But this week, many sellers stay for hours without a single customer comes to buy.

Liberian President George Weah advised Liberian broke to stay home to play “Christmas carols and gospel songs”, which many of his compatriots who are deeply attached to the Christmas tradition do not like.