Because of the colonization of the American continent, so many people died that the climate of the earth was disturbed by it. That suggests a team of scientists from University College London in a new study, which investigated the cause of the Little Ice Age in the 15th and 16th centuries.

The explanation behind the thesis that the scientists reveal is simply the following: as many indigenous peoples were killed by diseases and violence after the colonization by Europeans, millions of agricultural lands remained in central, southern and northern areas. America lies unprocessed. The soils were once again covered by vegetation, and the forests that arose were absorbing so much CO2 at an abnormally high rate that the temperature dropped globally.

That millions of indigenous people died in the years after the arrival of Europeans in 1492 is certain. Estimates of the population of the entire American continent at the end of the 15th century vary, but nowadays scientists come from about 60 million, ten percent of the world population. A hundred years later, only 5 to 6 million of them remained. Residents were shipped to Europe as slaves or died in massacres, but the vast majority were killed because they had no resistance against the diseases that Europeans took with them, such as measles. Mexico, which, for example, still had 22 million inhabitants around 1500, had only 1 million left by 1600.

That the temperature on earth suddenly declined in the same period is also fixed. Scientists talk about the Little Ice Age, where the global temperature suddenly dropped by half a degree, and in Europe even by 1 to 2 degrees.

Both phenomena now turn out to have more to do with each other than previously thought. Because together with the millions of original American inhabitants, 56 million hectares of agricultural land suddenly became unused and nature could go on in an area as large as the whole of France. And the millions of trees and plants that could grow there again, extracted so much CO2 that the earth sometimes cooled down unnaturally.

“The great mortality of the indigenous peoples of America led to the abandonment of so much land that the carbon uptake by trees and plants had a clear impact on the global CO2 level and on the global temperature,” write the researchers, Alexander Koch and his colleagues in the study.

The scientists found indications of the link in Antarctica, where they learned through ice drilling that there was suddenly an abnormal decrease of CO2 in the air in the 16th century. In addition, research on the American continent simultaneously shows variations in coal and pollen deposits. This indicates that fewer lands were set on fire to prepare them for agriculture again, and that nature could start again.

Ed Hawkins, climate scientist at Reading University and not involved in the study himself, says to the BBC that “scientists assume that the Little Ice Age is caused by several factors”. “A decrease in CO2, a series of volcanic eruptions, changes in land use and a temporary decrease in the activity of the sun. This new study shows that the decrease in CO2 was partly caused by the discovery of America and the collapse of the indigenous population.”

According to the researchers, their study shows that human influence on the climate began before the Industrial Revolution. The current climate change is reversed: by burning fossil fuels and the emission of greenhouse gases, more CO2 is released into the air than plants can take out again, causing the earth to warm up.

Most beautiful private islands of the stars [photos] 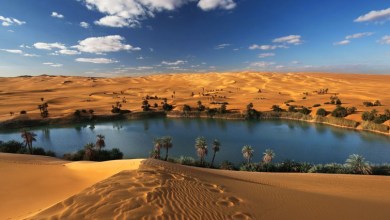 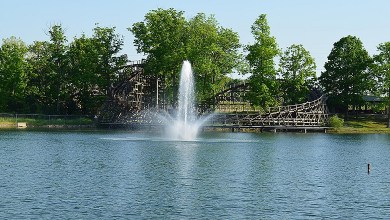