On March 5, 1958, the foundation stone of the Mauritanian capital Nouakchott was laid.

A capital wedged between the sea and the desert, exit of the sands by the will of the council of government which decides to leave Saint-Louis in Senegal where it is installed.

Three years later, independence was proclaimed in a hangar for lack of infrastructure.

Today, Nouakchott stretches for nearly 30 kilometers but the ancients have not forgotten anything of the adventure of the beginnings, when everything was to be built.

At its creation, Nouakchott is only an old military post inhabited by a few hundred souls.

“A dune and some stunted shrubs” recalls the first Mauritanian president in his memoirs.

His wife, Marième Daddah, did not forget his first trip.

“When we arrived over the city of Nouakchott, the president said to me, ‘We have arrived,’ with great satisfaction. And I, the girl of the big city, I widened my eyes to see this city. But there was not much. I said, “Where are we?” He said, “Well, we’ve arrived.””

The adventure is just beginning.

Mohamed Aly Cherif, the former secretary-general of the presidency, recalls that many officials have a hard time making up their first trip.

“There are many people who have dragged their feet, who came only a year and a half later. They said: well… Customs Directorate, Contributions Directorate … They have to stay in Saint-Louis, because the networks and communications are not good, etc…”

Georges Nassour, one of the first traders to settle, opens his butcher’s shop on what was before a dune. Years later, his fascination with the city remained the same.

The luck of this city is to be in this immensity.

Around Nouakchott there is a meditation. In front, there is the sea, behind there is the desert. It’s something captivating.

Its planning plans were all exceeded before being applied.

More than 1 million inhabitants live there now, a third of the Mauritanian population. 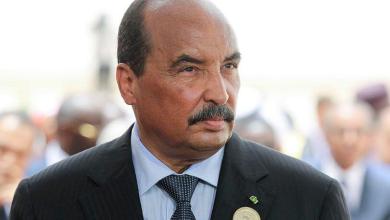