It was the world’s largest weekend event around the world and probably the biggest event of the year 2018. Prince Harry Windsor (34) married Meghan Markle (37), a young lady with many particularities, including from its origins, which the royal family was not used to.

The prince, bad boy of the royal family, who made the front page of the British press for his various ventures, once more broke the codes. Indeed, from the memory of man, of times during the reign of the Windsor, no member of the royal family had dared to marry a commoner – a woman not issue middle privileged. But Harry Windsor has dared to marry Meghan Markle, a young non-British, who is also an actress, Black American, non-Anglican, and divorced girl. In the past, this choice would be heresy among the Windsor.

The chroniclers of the European aristocracies and connoisseurs of the Windsor agree that previously the royal highnesses are chosen according to the precise qualities of which Meghan has none: Meghan is not Blanche, is not a British subject, is neither Countess nor Marquise nor Princess, Duchess, is not the official religion of the British Kingdom…

Meghan Markle’s daughter of Thomas, a Hollywood photographer, and divorced American black makeup artist Doria, married Harry soon after her film career took off while she galley for a long time in this field. Thomas and Doria divorced while Meghan was only two years old. She was raised by her mother, who will teach her to be herself despite the racism surrounding her environment.

Unlike Harry, who has always been a lousy student, Meghan was an excellent student, charismatic magnet singer, dancing and putting herself in the scene. Teen, she had the taste of the show, encouraged by her father, who took her on the set. This is where her vocation as an actress was born. Could Queen Elizabeth II, however, refuse this “unnatural” union in her family?

The end of arranged marriages in Windsor?

For analysts, Elizabeth II could not refuse this choice to her grandson Harry, also the son of the late Diana, knowing that Harry had a problematic childhood following the brutal disappearance of his mother. Then the royal family knows that Harry never wanted that prince’s life that cuts ones off from real life.

He wanted to be always in the life of all young people of his age that royalty does not allow. Moreover, the British press has not forgotten the jokes of the young Harry Windsor: joints in the night club, alcohol galore and stuffed, staged with a swastika, all of which have damaged the image of the Royal family. But except that, we remember that Harry has since recovered and become one of the best ambassadors of the kingdom and, on the contrary, looks after the image of the royal family abroad.

Then, among the Windsor forever in the norms of royalty, marriages have always been arranged. Love was not primordial, but all are safeguarding a particular image. Today, these organized unions have shown their limits. They have somehow desecrated the royal family: the infidelities, adultery, and divorces have, of course, shaken the royal family and chipped the image of the Crown. This was the case of Charles and Diana, Harry’s mother.

The adultery of Marc Philippe, the husband of Princess Anne, and the wife of Prince Andrew, Sara Ferguson, who found themselves in one of the newspapers in an uncomfortable position, recalls a royal chronicle. So many things have discredited the Crown.

Apart from Diana and Charles in the 90s, 3 of the four children of the Queen will see their couples exploded, recalls the specialists of the royal family in “Forbidden Zone”. The monarchy reaches the pinnacle of unpopularity.

“The royal family was very respected when it was spotless. From the moment we say, but they are exactly like us, in addition, they act up, people start not to ask questions,” Vincent Meylan, chief editor of point of view.

In excellent, the royal family lost the esteem of the subjects who did not say to each other, but finally, these people are like us. This is undoubtedly one of the reasons why Queen Elizabeth II let Harry marry the one he loves and not the one the Queen wants, or the Crown has chosen.

Harry the window of the royal family

To this must be added the recent revelations of scandal in the Panapapers where the Queen himself is mentioned. All this is not good for the image of the kingdom. But it turns out that just in recent years, after his ventures, his various mistakes, Harry began to climb the slope. He has a good image, after his stay in Afghanistan as a soldier, who showed signs of bravery, behaving like an ordinary soldier, abruptly giving up an interview to go after an attack. It had a lot more to the British and raised the image of the Windsor.

Besides, and given his personality, the Queen had sent her to Jamaica to represent her, and he had made a no-fault. The Crown needs to restore its coat of arms, and it found a good ambassador, it is better not to annoy it

Whereas the rule so far is that a member of the royal family can marry only a British subject, of Anglican religion which a priori has a title of nobility, a priori is not black and is not a film actor, does not wear a small held sue scene, or very long nail or very long heel, the young Harry who had many girlfriends, arranged to find the one who does not enter not in this scheme. The opposite of the young American, as noted in a review of Point of View

Now that Meghan Merkel has accepted to become Highness, let’s hope that she will be able to live with the codes of how drastic and sometimes incomprehensible this aristocratic milieu, the constraints of the monarchy: a milieu of deprivation of individual liberties, formal restrictions, dress, or contact.

In all the cinema it’s over, the little clothes defensively banished, the life of people and the exhibition on the social networks to God. At the table, you have to know how to behave, control your speaking. One of the worst things not to do in western aristocracies when you are at the table is: “Enjoy your meal, enjoy your meal”.

Well, yeah! Because the bourgeois considers it to be the pleasure of eating and not out of necessity. This life of gilding turns out to be a golden prison-like the White House.

Top 10 footballers who earn a lot of sponsorship

Ghana: Minister urge Muslims to use WhatsApp for Call for prayer 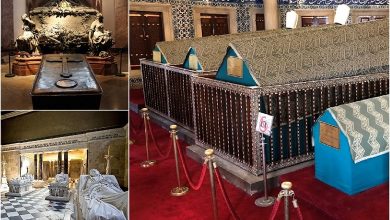 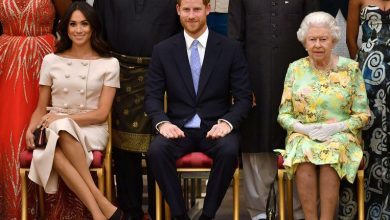 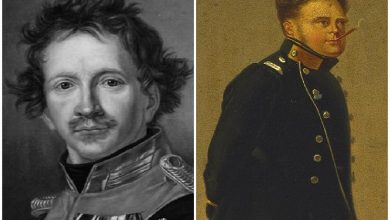