In Nigeria, three suicide bombers blew themselves up in a market in the city of Konduga, about 30 kilometres from Maiduguri, the capital of Borno State in the north-east of the country, killing 19 people and injuring 70 people.

The news was announced this Saturday, February 17, by the Civilian joint task force, a militia that fights, alongside the army, Nigerian jihadist groups. For this militia, there is no doubt. This attack is the result of Boko Haram.

It is the mode of operation of the attack which makes say to the Civilian joint task force that the Islamists of Boko Haram are the authors of this attack. The events took place on Friday night at the Tashan Kifi fish market on the outskirts of Konduga. This is a very popular market where there are also restaurants.

Around 8:30 pm, two men blew themselves up and four minutes later a third suicide bomber struck nearby. According to the Nigerian press, Borno State Police Commissioner Damian Chukwu confirmed the death toll of 19 dead and nearly 70 wounded.
Thirty-eight bombings

This attack resembles, in fact, the attacks led by the Boko Haram group in the region. The Islamist group has multiplied suicide attacks in recent times. Thirty-eight attacks of this type were carried out last year, more than double the previous year. Maiduguri is really the stronghold of Boko Haram.

Although the Nigerian government claims that the Islamist group has been militarily beaten, Boko Haram has increased the number of attacks that killed nearly 1,000 people in the north in 2017.

A man kills his friend and shot himself in the head

Ivory Coast: The paralyzed city of Bloléquin, a gendarme killed 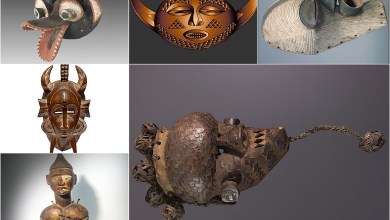