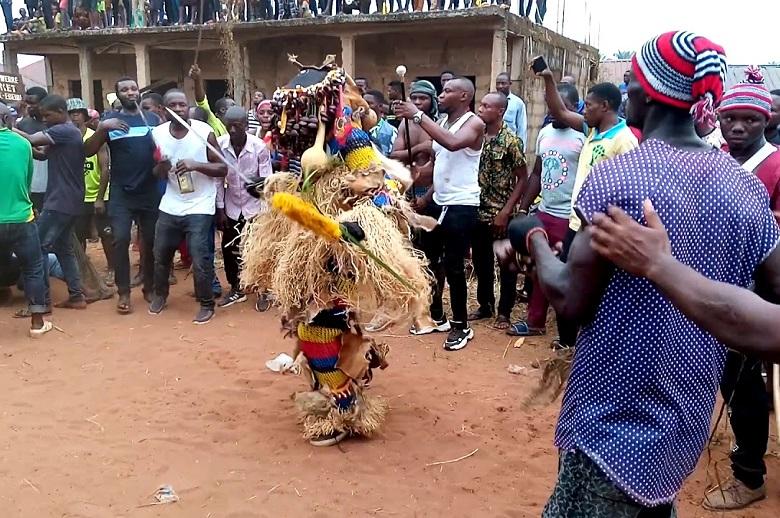 Okonko is an ancient secret society and law enforcement agency in Igboland. It is an idea of organizing the community’s welfare. The organization which existed in some part of Igboland started in Akwa Ibom, Nigeria.

The Igbos are an ethnic group still living in present-day Southern Nigeria. Although the ancient Igbo were united by language and shared beliefs, they administered justice at the village level.

Criminal punishment was the responsibility of the head of the family, except for the most heinous crimes; in these cases, the only way to protect the community from divine wrath was to consecrate the offender to a life of religious service.

In some parts of Igboland, a secret society called Okonko united the village’s rich and influential people. Boys were initiated at an early age, but only adults were allowed to know their secrets.

Okonko initiation consisted of four stages. “Itu-nkpara” can be likened to the infant baptism of the Christian church. The second stage is “Ikpu-omu”, and the third stage is “Okiriala”, and the final stage is “Ida-Iyi”.

“Okonko”, though an imported culture, became the ruling party, which was later absorbed and monopolized all powers through the membership of rich, outspoken and titled people in the community, who then used the opportunity of their regular meetings to influence all events in the community, and they were seen as ruling people through intimidation.

However, their rule and law enforcement, on the other hand, was seen as fair. Hence fair play and justice were manifested largely through the power of the gods. They did, indeed, work to protect people’s lives and property.

During the meetings, the members will discuss all aspects of the village government, including crime prevention and justice.

Some meetings included the trial of accused criminals. Land disputes were resolved by placing the society’s symbol – the sacred palm branch – over the disputed land until a verdict was reached.