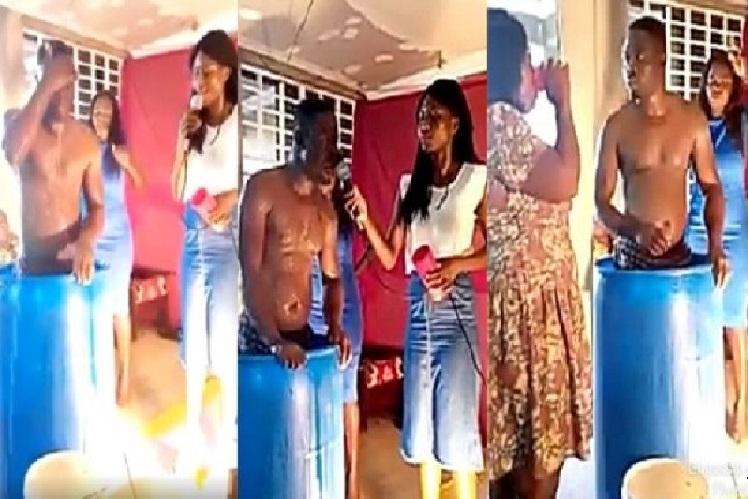 In Ghana, a pastor showers in his church then asks his members to drink his bathwater. Guess what! They did. Karl Marx once said that religion is the opium of the people, and it is. If you don’t believe it, maybe this disgusting video would allow you to rethink it.

A video clip that has gone viral on the internet shows an “alleged” man of God taking his bath in a barrel half-fill with water and sharing his bathwater to his faithful in the church. The pastor deep down three times, make some speech with a female voice responding amen before given them his bathwater to drink.

In the video, a man of age forty-something was the first to drink the water. The other members inside the were excited and clapped their hands before others then followed.

It is, without doubt, the most disgusting act that one can see, and, shockingly, his followers were more than excited to drink the dirty water from their pastor’s bathwater.

The latter, pastor of the Endtime Church of Nation, says that God ordered him to do so and that it would bring blessings to anyone who drinks this water.