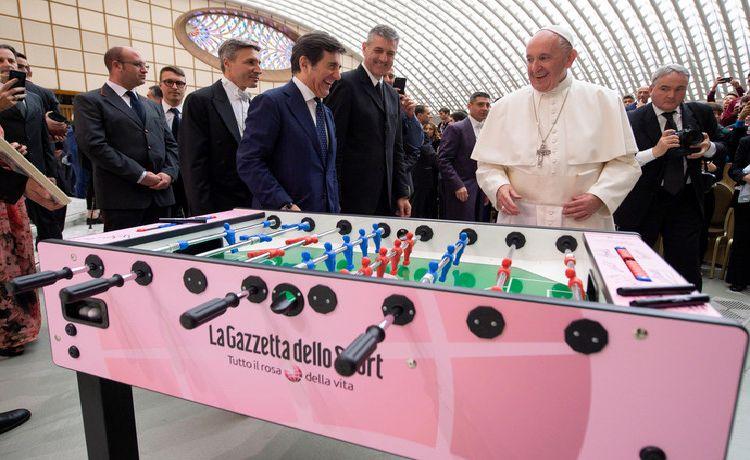 Pope Francis has condemned the billions of deals with transfers and the exaggerated player salaries in professional football.

“The beauty of football should not be lost due to the extravagant demands in contract negotiations,” the church leader said during a meeting with six thousand young Italian football players on Friday, the Vatican reported on their website on Saturday.

The pope further called on professional football players to “pursue an exemplary lifestyle and to show solidarity with the weakest.”

“Many consider football the most beautiful sport in the world. I am also of that opinion,” said the Pope, who has been a fanatic supporter of the Argentinian football club San Lorenzo since his youth.

He said he particularly appreciated football because it instills team spirit. According to him, the sport also learns how to deal with defeats and setbacks. “Football is good for the heart and for the head,” Pope Francis concluded the meeting, which was co-organized by the sports newspaper La Gazzetta Dello Sport and the Italian Football Association.