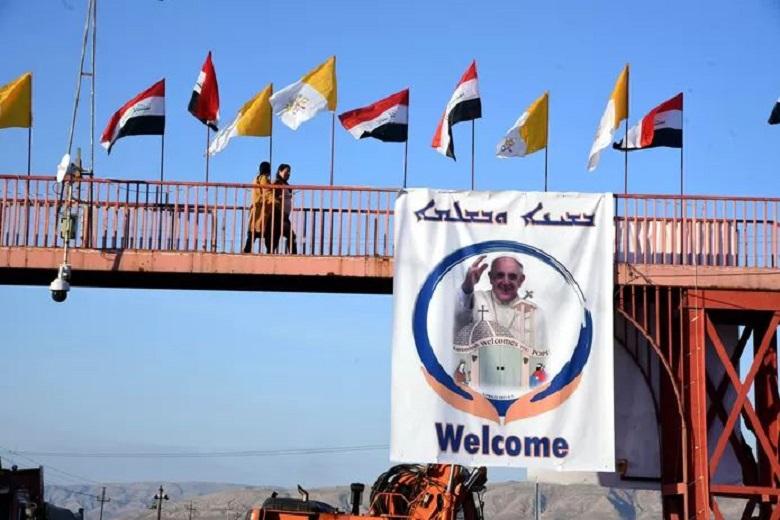 Pope Francis will start his visit to Iraq’s capital, Baghdad, on Friday. He will meet beleaguered Christian communities and some important Muslim leaders. It is the Pope’s first visit abroad in 15 months.

The 84-year-old Pope will visit about six cities during his three-day visit. The journey kicks off Friday with a ceremony in the presidential palace and a meeting with President Barham Salih and Prime Minister Mustafa al-Kadhimi. On Saturday, he travels to the holy city of Najaf to meet the influential Shia Muslim cleric Ali al-Sistani.

Finally, the Pope visits the small Christian community in the north of the country. A population group that has not had an easy time in recent years. For example, thousands of Christians were killed by the violence of the Islamic State. The Pope will visit Erbil and Mosul’s cities, among other places, to visit people who are trying to rebuild their lives.

The Iraqi government has promised high-security measures. Although the bombings and attacks have decreased in Iraq in recent months, the risk remains. For example, a suicide attack in Baghdad in January killed more than 30 people and injured more than 70 people.

Measures are also being taken against the coronavirus. For example, everyone from the papal entourage will be vaccinated before departure. During visits, keeping your distance and wearing a mouth mask will be mandatory.

However, many scientists are concerned: “The Pope and his party may have been vaccinated, but the general population is not yet. They will congregate through the visit and run the risk of being infected,” Bharat Pankhania of the University of Exeter Medical School told AP news agency.

Pets will soon be banned in Iran

Iran accuses US and Israel of being behind the cyberattack