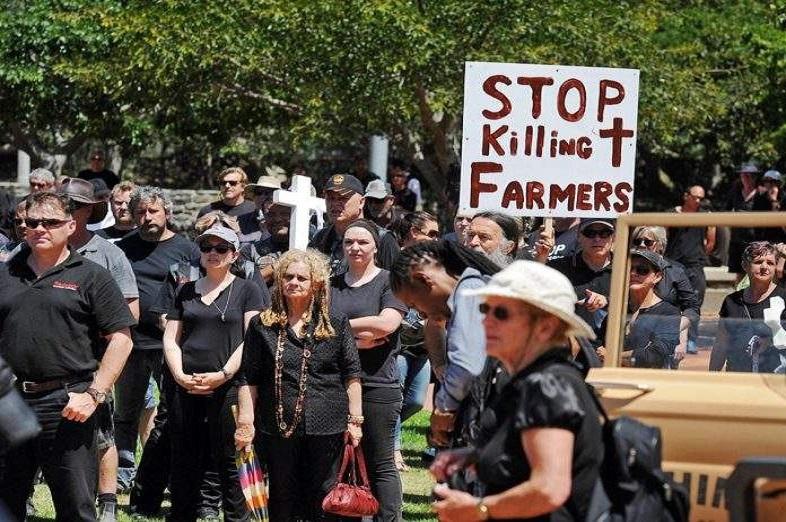 Several hundred angry farmers have again demonstrated in the South African capital, Pretoria, to denounce the murder of Brendin Horner this weekend. A 21-year-old white farmer was found tied by the neck to a pole on October 2.

Through this large-scale demonstration, the farmers also wanted to denounce the villainous murder of a 44-year-old farmer, strangled to death, after being sexually assaulted by two black men. The facts took place a few days earlier. Which probably pushed the farmers who took to the streets to their limits.

“President Ramaphosa must step in and acknowledge that farmers are being murdered in South Africa. He must not tell the world that it doesn’t happen, because it does. I also want him to condemn these attacks very firmly so that this does not happen again. Because if the government does not react, we will do it,” said Kallie Roux, organizer of the demonstration.

“The murderers take pangas, bottles, whatever they can get their hands-on, and they kill us, just like that. We are not animals. We are a proud people. We must not push ourselves to the limit,” added a farmer.

In addition, the farmers also denounce the arrest of one of them, during another demonstration of which he had taken the head and which had degenerated, in the city of Senekal, last Wednesday. Where then appeared two black men suspected of the murder of Brendin Horner.

Indicted in particular for inciting violence and property destruction, the 52-year-old farmer appeared before the judge on Friday. He was released on bail. This is denounced by the farmers who demand his outright acquittal.