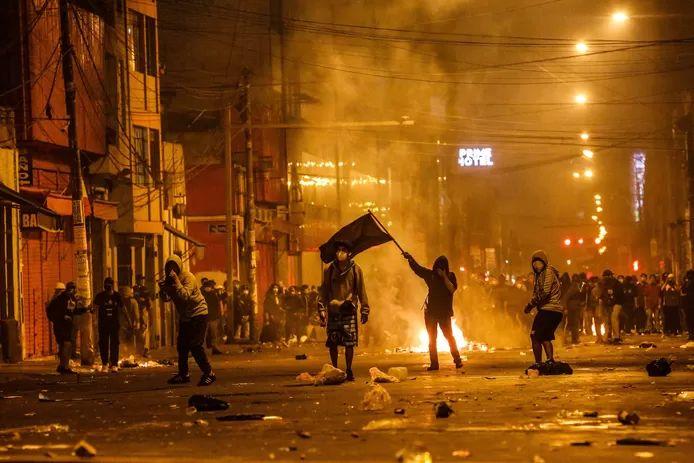 At least three people were killed in riots following the ousting of President Martin Vizcarra in Peru on Saturday. This has been heard from various sources. Parliament expelled Vizcarra on Monday for corruption

Thousands of Peruvians had taken to the streets. But police cracked down on protesters, including using tear gas to prevent a group from advancing to the convention building in Lima.

Young Peruvians, in particular, do not accept this and take to the streets to express their dissatisfaction. On Saturday, this turned into skirmishes with the police in the capital, Lima, which, among other things, used tear gas against the demonstrators.

The Red Cross took several people to the hospital. One of those four, a 25-year-old man, has died. He would have had gunshot wounds to the head.

An employee of the government’s human rights agency reported the man’s death. He had shot injuries to the face and head from a shotgun. According to Alberto Huerta, thirteen protesters were injured. The official denounced the violence of the police.

The Archbishop of Lima, Carlos Castillo, condemned the police repression. He spoke of the third fatality on television.

Meanwhile, Prime Minister Antero Flores Araoz ruled out that the new president will withdraw under pressure from the protesters. “Millions of Peruvians support him,” he said. But the new parliament speaker, Luis Valdez, asked for the resignation of the new president on television.

The mayor of Lima, Jorge Munoz, also requested the new president’s resignation, albeit a party member. According to local media, seven of President Merino’s 18 ministers announced their resignation on Saturday after the police brutality.

Human rights organization ‘Amnesty International’ and local representatives of the United Nations have raised violent crackdowns by the police in recent days.