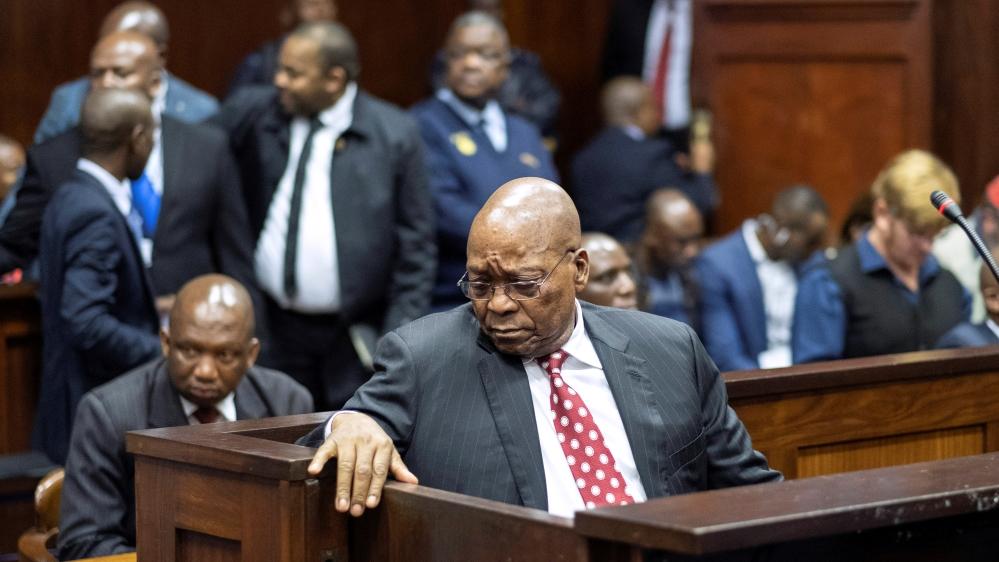 In South Africa, former head of state Jacob Zuma will be prosecuted for corruption.

An announcement made this Friday by the Attorney General. Charges related to an arms contract that goes back to the 1990s. This decision of the prosecutor comes just a month after the resignation of President Zuma, forced to give way under pressure from his party, the ANC.

The South African subsidiary of the French industrial Thales will also be prosecuted for corruption with former president Zuma, said the prosecutor.

The former South African president will face 16 charges of corruption. The case dates back to the late 1990s when Jacob Zuma is suspected of receiving bribes under a €4.2 billion arms deal signed by South Africa with several foreign companies, including the French Thalès.

At the time, he was the leader of the ruling party, the ANC and had been charged with corruption, tax evasion and racketeering. But only a few weeks before his election as head of the country, the 783 charges had been dropped for procedural flaws.

Since then, the opposition and civil society have been fighting for these charges to be restored.

They have achieved their aims on Friday afternoon. The prosecution has confirmed that the former head of state would have to answer for these accusations, at least in part.

Attorney Shaun Abrahams said he is “concerned that everyone should be equal before the law.” Jacob Zuma, who had until now always managed to avoid prosecution, is caught by the law. But the case is far from over, because Jacob Zuma can still appeal this last decision.

It is first of all a victory for the Democratic Alliance (DA), the main South African opposition party, which has been fighting for almost 20 years to hold Jacob Zuma accountable in the “Arms Deal”, this arms contract signed in 1999.

The chief of the DA, Mmusi Maimane, went to as far to pop-up a bottle of champagne in front of the cameras to celebrate this victory. “We want to ensure that Jacob Zuma is prosecuted as soon as possible,” he said, adding “and that he will pay all his legal costs himself.”

The mayor of Cape Town, Patricia de Lille, recalled that she had pleaded before the Parliament in September 1999 for an investigation to be opened in this case. “After so many years, I feel rewarded,” she said.

On the side of EFF Julius Malema, we also welcome the decision of the prosecutor who sends “a strong message to all kleptomanes, inside and outside the government, they will know that they can not with impunity loot ‘State’.

The leaders of the ANC took “good note” of this decision. Ace Magashule party secretary-general, a close associate of Jacob Zuma, said all citizens are equal before the law, and that the former president benefits from the presumption of innocence.