In South Africa, a controversial pastor known as Lesego Daniel, who lured his members to some weird acts of eating grasses and drinking petrol, has showcased another practice of performing miracles using a live snake.

According to photos shared online, the pastor wrapped his pet snake around a cross made in the shape of a cobra head. This happened during their communion service.

The controversial pastor placed the snake in the middle of the communion which was later distributed to members to eat and drink.

Lesego’s members seemed to have no qualms about having a snake in their midst and consuming the communion “sanctified” by the snake.

While preaching to his attentive members, he placed the snake on the pulpit. He also placed it on his shoulder at several points during his sermon. 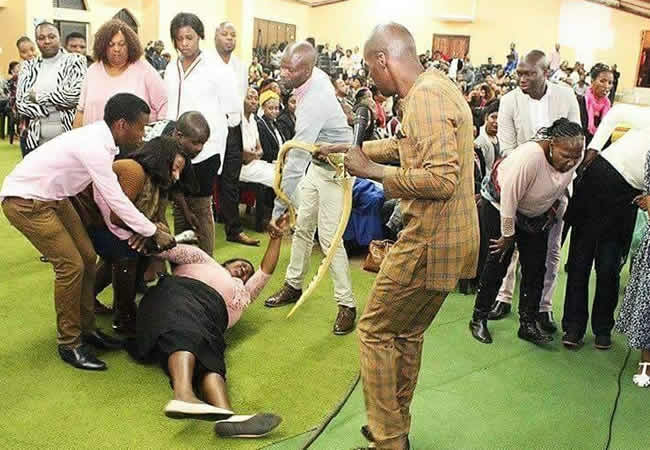 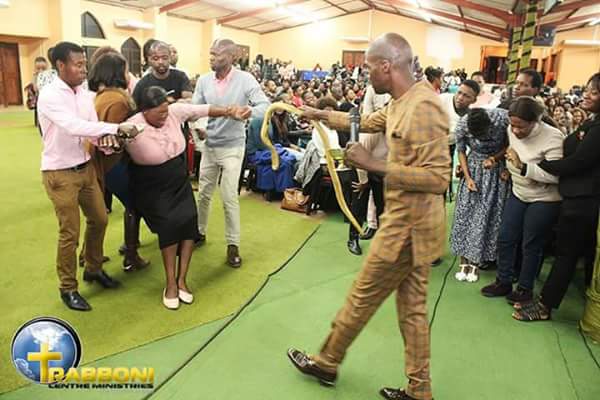 17 universities in Africa among 2018 World's Best