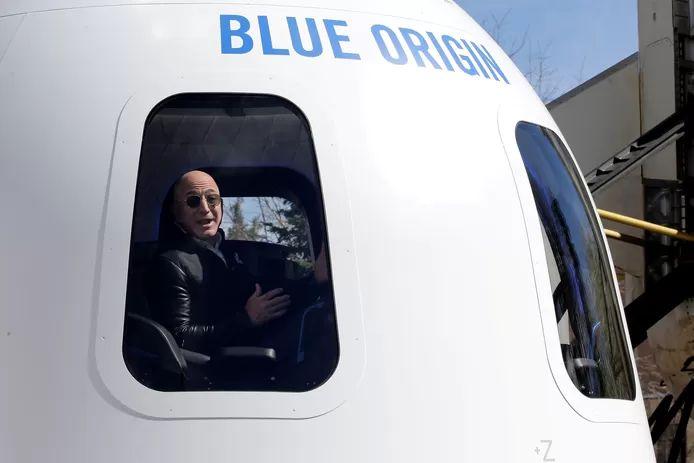 Blue Origin, the space company of Amazon boss and richest person in the world, Jeff Bezos, has scheduled its second commercial spaceflight. It will take place on October 12, and the first two passengers have already been announced. Blue Origin conducted its first tourist flight in July, with Bezos himself on board.

Blue Origin’s second commercial passenger flight is seen as the real start of the company’s space tourism program. The first flight was successfully completed in July, and although the seats onboard were for sale, only one paying passenger was eventually carried. Amazon and Blue Origin founder Jeff Bezos decided to fill the remaining three seats with himself, his brother, and aviation legend Wally Funk.

The first two paying crew members of the new mission, which departs on October 12, have been announced: Australian Chris Boshuizen and American Glen de Vries. Boshuizen worked for years as a researcher at the space agency NASA and is co-founder of Planet Labs. De Vries is co-founder of technology company Medidata, which develops and markets software as a service for clinical trials.

It has not been disclosed what the two will pay for the flight. Space tourists can apply to Blue Origin via email for a flight on the New Shepard rocket, but prices are not public. According to Blue Origin, the remaining passengers of the second commercial flight will be announced in the coming days.

The person who made the highest offer to go on the first flight still owes his space trip. The planning of that first flight did not suit the bidder, so another bidder was able to join. That was the 18-year-old Dutchman Oliver Daemen – his father was one of the bidders. After the successful first flight, Blue Origin said that two more flights were expected this year and that ‘many more’ will follow in the future. The company says it already has many interested customers.

This year, Blue Origin, SpaceX, and Virgin Galactic all started their space tourism program. Virgin Galactic, the space company of Virgin founder Richard Branson, conducted its first manned commercial test flight in July, and the founder also boarded it for the first.

According to the company’s website, tickets are still available for this year, but the next flight has not yet been scheduled. The program has been suspended because the US Federal Aviation Authority (FAA) is investigating the first flight. This would have resulted in a deviation from the designated flight space, and the company would not have passed this on to the aviation authority.

SpaceX, the company of Tesla boss Elon Musk, successfully completed its first mission with four space tourists on September 19. The four passengers spent four days in a Crew Dragon capsule and reached an altitude of 560 kilometers. On the other hand, Virgin Galactic and Blue Origin operate much shorter flights, with passengers reaching the Kármán Line for a few minutes at an altitude of about 100 kilometers.