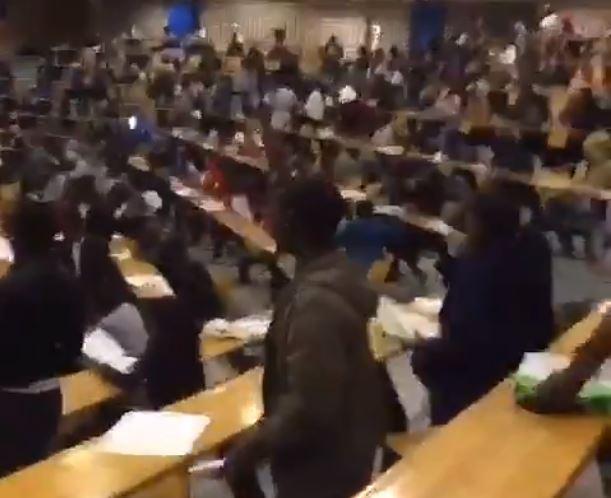 In South Africa, students desert amphitheaters to protest against an exam deemed too difficult.

Students at a South African university decided not to dial anymore and started protesting, considering the exam too difficult. The incident occurred during the Philosophy Essays at the University of Limpopo in the northern part of South Africa.

Videos of the student demonstration have been published on social networks:

Students point out that they expected a mix of difficult and easy questions.

They said they were shocked that the exam was much more difficult than expected.

To show that the questions were not affordable, all the students decided to leave the amphitheater.

“Even the cracks are gone,” says a student.

On the other hand, a surfer believes that the refusal to dial is not linked to the “too difficult” nature of the exam. The students according to him received the wrong subject.

University of Limpopo students refused to write because they were given the wrong module paper,not because the exam was difficult ❗️ pic.twitter.com/9xx4bIaOhw