Her death sentence had aroused the indignation of NGOs and human rights defenders around the world.

Noura Hussein, a young Sudanese, had killed her husband who was trying to rape her.

On Tuesday, June 26, the Court of Appeal decided to cancel the death sentence.
Noura Hussein was found guilty of “intentional killing” by a Khartoum court in May 2017.

The cancellation of her death sentence is not a complete victory for the young woman, who is sentenced to five years in prison and must pay a fine of 337,500 Sudanese pounds, or about 10,000 euros.

As a reminder, Noura Hussein was only 16 years old when her father forced her to marry a man in 2015. When she refused to consummate the marriage, her husband called her two brothers and a cousin who helped him to hold her.

When he decides to rape her a second time, Noura Hussein runs away. In the fight, she catches a knife and kills her husband.

His death sentence sparked a wave of international indignation, and after a year of waiting, the Court of Appeal recognized on Tuesday, June 26 that the murder was a case of self-defense and was not premeditated.

His lawyer considers the five-year prison sentence to be an excessive punishment and called on the Sudanese authorities to revise the laws on child marriage. In Sudan, the law allows the marriage of minors over 10 years old.

📢Breaking📢 Sudan has repealed the death penalty for 19-year-old Noura Hussein, who was sentenced for killing her husband, after he tried to rape her. Thank you to over 400,000 of you who demanded #JusticeForNoura & helped make this happen! pic.twitter.com/euzWQ4LuUX

England: Man imprison, forbid to call parents; he asks for too much money

Beijing holds the first China-Africa forum on defense and security 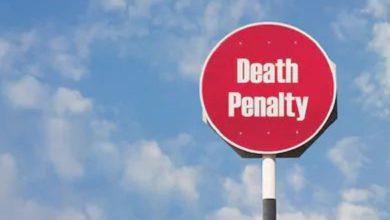