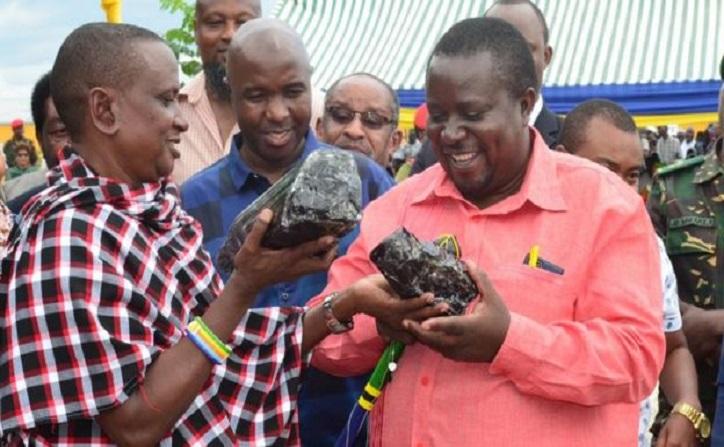 A Tanzanian miner (52) hit the jackpot after the government handed him a check worth $3.4 million for the two largest gems ever found in Tanzania’s history.

The two gems were discovered by Saniniu Laizer in one of the mines in the north of the country. One gem weighed 9.27 kilograms, the other 5.10 kilograms. Tanzanite is a gem that is found mainly in a small northern part of the East African nation.

A local geologist clarifies that it is one of the rarest gems and estimates that the supply may be completely exhausted over the next twenty years.

Tanzania’s President John Magufuli handed the check, worth EUR 2.4 million, to Laizer himself. “This find is confirmation that Tanzania is rich,” Magufuli said on national television. The value of tanzanite is determined by its rarity and clarity.

“There will be a big party tomorrow,” said Laizer, who lives in the Simanjiro district in Manyara. “I want to build a shopping center and a school with the money. There are many poor people here who cannot afford to send their children to school.”

Also, Laizer says that despite his newly acquired wealth, he doesn’t have to take extra precautions. “There is sufficient security. I can walk around at night without any problems.”

Tanzania set up trade centers across the country last year where artisan miners can sell their gems and gold to the government. Artisanal miners are not officially employed by mining companies and therefore work on an independent basis.

In 2017, the president ordered the military to build a 24-kilometer wall around the Merelani mining site in Manyara. A year later, the government reported an increase in mining sector revenues, the BBC reports.