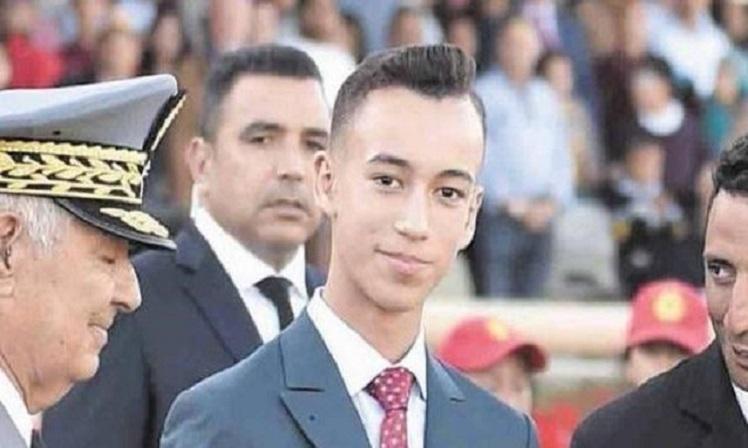 In Morocco, after the scandal of the watches stolen from King Mohammed VI and that of the IAAF where Lalla Soukaïna was cited, another affair is making headlines in the kingdom and concerns Prince Moulay El Hassan.

“It provides precise synchronization with the crucial starting sequence of a yacht race, It has the least price of 46,260 dollars”, specifies Instagram Insane Luxury Life, presented by Maghreb Online as accustomed to providing information on the watches of the Moroccan royal family.

And the newspaper specifies that this acquisition is made when certain parts of the kingdom lack a little of everything, even “electricity and food”.

In September 2018, Instagram Insane Luxury Life, Maghreb Online recalls, released a photo of King Mohammed VI wearing a luxury watch from the Patek Philippe brand from the Nautilus series. The watch is set with 1075 diamonds and costs $1.2 million.

This publication comes at a time when the scandal of the watches stolen from the palace of Mohammed VI, by a worker aided by a few accomplices, is on the table of the Moroccan judge. It also comes at a time when in France, the IAAF scandal, on behalf of World Athletics, is before the court, concerning a doping case involving Russian athletes.

At the heart of this case, the former president of the IAAF, Lamine Diack, including the son Papa Massata Diack who, through the huge sums collected in transactions deemed fraudulent.

That would have acquired, during high-end shopping, a Cartier that ended up on the arm of a niece of Mohammed VI, presented as being Lalla Soukaïna, the daughter of Lalla Meryem, sister of the king of Morocco.