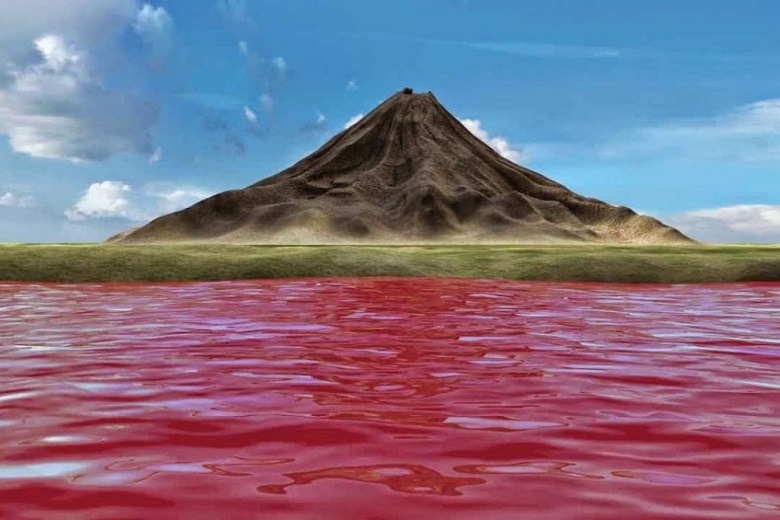 Some things are as refreshing and relaxing as a lake’s pure waters. Beautiful lakes entice you, and the sensation of diving into deep, quiet water is unrivaled anywhere else on the Africa continent. Even though not all lakes in Africa are good, here are some of the most dangerous lakes in Africa.

However, just as there are many beautiful, tempting gifts of nature in Africa, there are just as many lakes that are deadly. The threat comes from deep-sea organisms, toxic chemicals and radiation, and other dangerous causes. Such lakes might emerge as a consequence of human error, but they are often the product of Mother Nature’s efforts. I’ve compiled a list of Africa’s most deadly lakes for your consideration.

Are you a novice diver? Then the Blue hole in Egypt is not for you. The Blue Hole in Dahab is a gaping sinkhole that goes straight down over 100 meters, making it one of Egypt’s most famous diving locations. It is very dangerous for beginner divers to go beyond the sport-diving limit.

An archway connects the sinkhole to the open ocean at a distance of 65 kilometers. Under-prepared divers might easily miss this archway, lose all sense of direction, and eventually run out of oxygen. Nitrogen narcosis, which occurs when the body is subjected to high pressure and may inflict mental and physical suffering, is the most common cause of death at the Blue Hole.

Lake Natron in Tanzania is a stunningly gorgeous lake that is home to millions of flamingos. However, it is very harmful to people. The region’s high levels of evaporation have resulted in alkalinity of up to 12pH. Bleach and ammonia are examples of related substances.

The lake is also covered with a coating of salt that has been reddened by the cyan bacteria that dwell there. The majority of visitors to Tanzania’s Lake Natron can’t believe their eyes are almost completely pink. Pink flamingo house with matching pink flamingos. That is, without a doubt, why so many people want to see it for themselves in this magnificent salt and solder pool.

Though it’s not as much about Pretty in Pink as it is about Lake Natron’s abnormally high alkaline content, which is the same as ammonia, to put it bluntly, it will burn the skin of humans and most animals. Temperatures surrounding the lake are over 60 degrees, in addition to the whole skin-burning stuff. Flamingos are the only creatures that can survive.

Lake Nyos, which is just 100 kilometers from Lake Monoun, burst in 1986 as a result of a magma eruption, releasing carbon dioxide and transforming the water to carbonic acid. The lake rapidly produced a massive cloud of carbon dioxide as a consequence of a catastrophic landslide, killing thousands of people and animals in nearby towns and villages. It was the world’s first large natural asphyxiation. Because the lake’s natural wall is unstable, even the smallest earthquake may demolish it. The lake continues to represent a hazard.

Monoun Lake, in Cameroon’s Oku Volcanic Field, looks to be a completely typical body of water. However, its outward look belies the fact that it is one of three explosive lakes on the planet. Monoun burst without warning in 1984, killing 37 people and producing a cloud of carbon dioxide. Twelve of the victims were riding in a truck when the explosion occurred, and they came to a halt to see the aftermath. It was at this point when the fatal gas kicked in.

This lake, on the boundary of the DRC and Rwanda, has significant quantities of carbon dioxide at the base of the volcanic rock, as well as 55 billion cubic meters of methane at the bottom. Lake Kivu is the worst of the three bursting lakes in the world because of this deadly mix. The 2 million people who live in this area are vulnerable to any earthquake or volcanic activity. Both methane explosions and carbon dioxide asphyxiation may kill them.