Once the village drummers pass across my house, I will jump up even if I dont know how to dance. Everybody dances in Africa. No discrimination in body size. No individualism.

No dance hall, but with very few exceptions, only folk dances. The whole community is dancing – from children to people of quite respectable age. A soloist or a couple can perform only in the middle of the circle, within their collective. But it is not customary to touch each other in this pair. By the way, there is no clear boundary between the performers and the audience: the latter can quickly join the circle, even if it is a ritual dance.

The only division that can exist is gender: there are dances that women dance, there are strictly male ones. Men often use purely masculine objects – sticks, weapons, and boxing elements are encountered in the dance.

In Burundi and Rwanda, men dance in a circle, and the leader has cow’s tails in his hands. Children necessarily emphasize their gender role: I am a man, or I am a woman. No special children’s play dances; everyone here is an adult.

In African dances, the future speaks; however, everything is not childish. Girls in some communities specifically study their dancing steps, and boys need to show their endurance and courage.

Men jump a lot, quite as lambs do when seeing their parents. These are imitative movements of animals and a specific pattern of the dance. Massai people generally only jump and nothing else. But you can immediately see that whoever jumps higher means that he dances better. Overweight people are not exceptional. The motive is to have fun. By the way, Massai people are almost the only people in Africa who do not use drums during dancing ceremonies.

Women have many movements, most of them on bent legs (but not the same as demi plie in ballet), the body is slightly tilted. Twisting, shaking the lower body is a unique feminine art. The overwhelming theme is purely female (with a stupa, for example), but there are also dances with knives, broom, handkerchiefs, etc.

These African dances self! The body speaks and articulates. It articulates in a complex, polyrhythmic manner; the limbs, shoulders, head, chest, and hips can perform different movements simultaneously. Even without moving in space, the dancer’s body can perform many complex movements in separate parts. And if you add here the frequent rhythmic vibrations back and forth, you get a whole intricate dance in one place.

1. Dances of the warriors

They are called differently (for example, Mokorotlo in Lesotho), but they dance similarly, which is not surprising. The most famous dance is Agbekor (in ancient times, it was called Atamga – ‘great oath’). Traditionally danced in West Africa, popular with the Ewe people (Ghana, Benin).

In this dance, the imitative part of the military ‘tactical’ movements is high—another famous dance – Engolo – ‘dance of zebras’ (Angola, Mozambique).

Initially, as a duel between the Massai tribes, the winner received the girl he liked without ransom. And the wrestling dance Ngolo, having ‘moved’ with the slaves to Brazil, became the basis of the world-famous wrestling dance ‘Capoeira’.

2. Dances of the hunters

African dances often remind the main form of human activity – hunting: both the movements themselves and animal masks. Dancers mostly appear in animal skins (leopard, monkey) and bird feathers. This Depict the hunt’s most exciting moments and from the side of animals too.

The ritual character of African dances has been the most important since ancient times. An appeal to gods, a request for a good harvest, and an abundance of water are essential since we talk about countries near the Sahara (beyond the Sahara ). The theme of fertility is the oldest and most important for humanity.

These dances are performed on certain occasions: for example, by women at a wedding in honor of the bride.

The recognition of adulthood from the community and pride from the youth is the primary meaning of this action. Surprisingly, these dances have survived in most countries.

A greeting dance performs in honor of the dear guest. Respect for the guest and the pleasure of his presence is acknowledged. The dance tells about how remarkably talented and fabulous the owners themselves are too.

It is traditional for many parts of Central and West Africa. The dancer believed that they would invoke the spirits of their ancestors through the dancing styles and movement. It is usually danced in a structural pattern and dance from a certain age. It’s sometimes restricted from public or ordinary people to dance it.

Orisha is the emanations of the one god, the creator god Olodumare. These are earnest and important spirits that ‘regulate’ almost all human life. The Orisha cult is widespread in Cuba and Brazil. Kakilambe is a dance named after the mighty forest orisha. A dance calls the spirit, and he appears in the form of a giant dancing statue (straw-wooden-rag) and a mask. In addition to invoking spirits, dancing can also expel spirits (such as ‘mapiko’ in Mueda and Macomia, Mozambique).

Healing dancing occupies a special place; it is a step-by-step program about the healing traditions and expressive movements that are unique to the African dance heritage.

According to the description of eyewitnesses, these dances could not only bring a person out of a problematic psychological state associated, say, with the death of a loved one, but also really treat, for example, epilepsy. There is, of course, little scientific evidence here. In any case, what is good within the same culture and beliefs is not accidental and may work there. But it will hardly work for a person of another culture.

Interest in African dances in our time is not accidental. They have been little studied, although their influence on modern dance culture is undeniable. And they are impressive, eye-catching. Whoever we consider ourselves to be and whatever theories about our origins we believe in, the ‘wild’ mesmerizing magic of these dances leaves few people indifferent.

Down at work! How to motivate yourself

This is how celebrities spend their 14-day quarantine in Australia 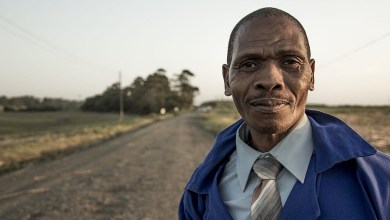