In Northern Nigeria, blasphemy is mainly related to the Islamic religion because Muslims are the predominant religions there, and they have Sharia courts in their states.

Nigeria, as a country, operates with two judicial systems. Both systems can be punished for blasphemy. The concept of blasphemy is not just a necessary idea to open up criticism of one religion. But when you speak or show disrespect for one religion, it is blasphemy.

Most Nigerians are unaware of the blasphemy law in Nigeria. However, blasphemy laws are particularly common in countries with a Muslim majority. Below are some cases that lead to death due to blasphemy.

Top 5 cases of blasphemy that lead to beheading in Nigeria

The murder and beheading of Gideon Akaluka, a young Igbo merchant who allegedly desecrated the Koran, and a new outbreak of unrest in May 1995, kept a city of about three million people at the edge of a knife.

Being arrested in December after his wife allegedly used the pages of the Koran as toilet paper for her child. Then, Akaluka was imprisoned by the police. But a group of Muslims broke into the prison, killed him, and walked around the city showing off his severed head.

However, Akaluka’s lawyer stated that he had received an affidavit proving that his client was not in the camp at the time and that the woman allegedly responsible for this crime was not his wife. Yet, the red line is still clear: no one was arrested for the murder of Akaluka.

Abdullahi Umaru was murdered after Musa Yaro furiously raised his voice and read an excerpt from Risallah, the Islamic edition, and then passed his sentence: “He who insults our Prophet Muhammed must die. You, Abdullahi Umaru, who insulted the holy Prophet Mohammed, must therefore pay the price for your crime. You have to die by the sword.”

After this statement, in the village of Randali in Kebbi state, a group of fanatical Muslims led by Yaro and Abdullahi Ada nailed Umaru to the ground and beheaded him because of accusations that he had blasphemed against Prophet Muhammad.

The act was committed on 14th July 1999, but the echoes of the tragedy were reflected in the Supreme Court of Nigeria in Abuja, where a panel of judges confirmed the death sentence of Ada and others involved in the murder.

Judge George Oguntaid ordered that Ada be hung until his death is confirmed. A year later, the Supreme Court had already sentenced Ada, Yaro, and Abubakar dan Shallah to the death penalty by hanging. Three other accomplices were also sentenced to death.

On 2nd June, a 74-year-old tableware dealer from the Nigerian state of Imo was brutally attacked and killed in Kofar Wambai market in Kano by a mob of Muslims who accused her of blasphemy. She was reportedly attacked and beheaded after refusing to allow a Muslim man to wash (ablution) in front of her shop.

As expected, the circumstances of Bridget’s death have provoked outrage and raising again the worrying question of when these ignorant killings and beheading in the northern part of the country in the name of Allah will stop.

On behalf of President Muhammadu Buhari, the special adviser on media and publicity, Femi Adesina, immediately issued a statement concerning the incident and describing it as “sad and regrettable”.

In addition to Dauda and Zubair, who were previously arrested for the murder, the investigation led to the arrest of three other suspects, namely Abdulmumin Mustafa, Abdullahi Abubakar, and Musa Abdullahi. The five suspects were indicted in the Kano Magistrates Court on four counts of alleged sedition, criminal murder, joint action, and hooliganism.

5 months after the incident, more than enough time for the Nigerians and the Agbahime family to decide on this cattle act, what did the people get? Just as they were preparing for the vigorous prosecution that led to a conviction, they were honored with abracadabra that was familiar to the country’s legal system. Chief Justice Muhammad Jibril, acting on the advice of the Attorney General of the State of Kano, dismissed the suspects and dismissed the case, which was to be a classic court fraud.

According to the Kano state government, “there is no case to answer because all the suspects are innocent”.

In August 2008, a 50-year-old Muslim man was beaten to death in Kano, who allegedly made a blasphemous statement against the Prophet Muhammad. The man was killed in the Sheka Achi Lafia neighborhood when several angry Muslim youths besieged his house and beat him to a coma.

He died shortly after a team of Hisbah police and officials rescued him from the crowd, the police said. The man died when he was taken to the Murtala Muhammad Specialised Hospital.

Witnesses told the Daily Trust that the man, although a Muslim, made a statement that residents considered blasphemous towards the holy Prophet after his relatives denied him a share of the property left by their deceased father.

On 21st March 2007, a crowd of Muslim students and local extremists beat to death of Christiana Oluwatoin Oluwasesin, a mother of two and a teacher at the Government High School of Gandu in Gombe.

Oluwasesin, a mother of two children, was appointed to supervise the Islamic religious knowledge exam. When one of the students wanted to enter the examination room with his books, Oluwasesin collected them and threw them outside the exam hall.

The students claimed that one of those books thrown outside was a copy of the Koran. This caught the attention of famous thugs (Yan Kalare) who stabbed her to death. They then beat up the headmaster, a Muslim who fortunately escaped for offering her asylum.

They then burned down three school blocks, the school clinic, the administrative block, and the library

Australia! the country where even the trees are targeting you 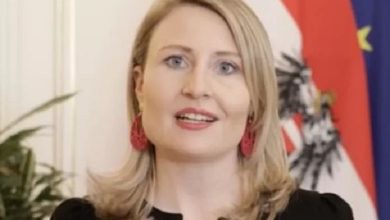