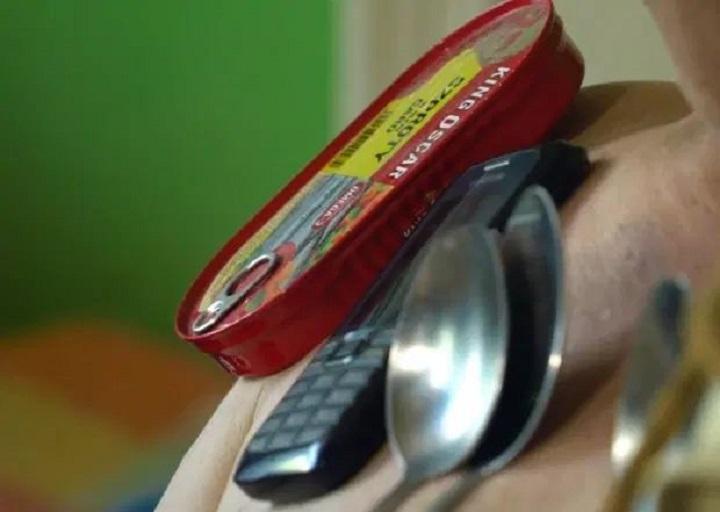 People with supernatural powers to perform incredible feats have often appeared in comics and films. But from time to time, some people seem and make us wonder if such cases can be real.

Many people who can attach objects to their bodies can do so not only with metal but also with other materials. This suggests that the phenomenon cannot be explained by magnetism and uses another type of physical effect. These objects challenge gravity because they seem to be attracted to her body.

Top 5 people their body magnet everything

“Magnetic Man” Waldemar Boczar, who lives in Szczecin in north-western Poland, professes to be able to collect scalar energy and explained that his unusual abilities are a gift from the guardians of the sky.

He reveals that he discovered in 2004 that he has this gift and can adhere to glass objects and metals to his body like a magnet using scalar energy. Some people welcome scalar energy, which is essentially electromagnetic waves that exist even in the vacuum of empty space, and Waldemar says it is a natural source.

Valdemar says that now he is using his gift to help others, saying that he has so much energy that he can share with others. He describes himself as a bioenergy therapist and gets long lines of people at his home who, he explains, are waiting for their chance to get some of his energy.

In every sense of the word, you can call him Mr. Magnet. Muhibija Buljubasic, 56, from Srebenik, Bosina, found he had an unusual power many years ago. He could glue random objects to different parts of his body without them falling off.

He was not trained for the amazing ability, but believes his body can attract objects because it emits “special energy”.

He started by placing metal objects on his face and body but soon realized that even plastic materials, such as remote control and mobile phones, would cling to him too.

Liew Thon Lin, the 78-year-old, is a retired contractor from Malaysia who is also the real-life Human Magnet.

Mr. Liew possesses an incredible power to attract metal objects to his body and make them stick to it. Like Magneto from X-Men, Lew can make metal objects weighing up to 2 kg each and weighing a total of 36 kilograms that attach to his skin like metal sticks to a giant magnet. Lew also gave his gift to his grandchildren, who are beginning to show his unique abilities.

What is even more striking is that when scientists at the University of Technology Malaysia were researching his case, they discovered that his body didn’t exhibit any abnormal magnetic fields, which means that his forces are not really magnetic.

Seeing that his abilities were real, the scientists studied him further to discover that his skin condition could be the source of attraction.

A Serbian boy named Bogdan attracts media attention with his obvious power to magnet other things, such as remote controls, plates, silverware, and even a large pan. Items seem to miraculously stick to the boy’s skin. Bogdan’s family claims that he is magnetic, and the MSNBC reporter who filmed him in action says it is true.

Aurel Reilianu is a hospital employee who set a world record for the most powerful human magnet. With his magnetic ability, he lifts 26 kg TV, and it clings to his chest without wires, blue, or strings.

Aurel claims he doesn’t know how he becomes an Object Magnet. But he explains that he first focuses his mind on something, and then frees up the feeling of magnetic attraction that makes even the heaviest object stick to it.

He can magnet an electric iron using only the strange ability of his skin, and he can clean the table from the cutlery faster than an army of waiters. Aurel Reilianu admits that he cannot describe his gift, which allows different objects – not just metal – to stick to his chest, neck, and forehead.