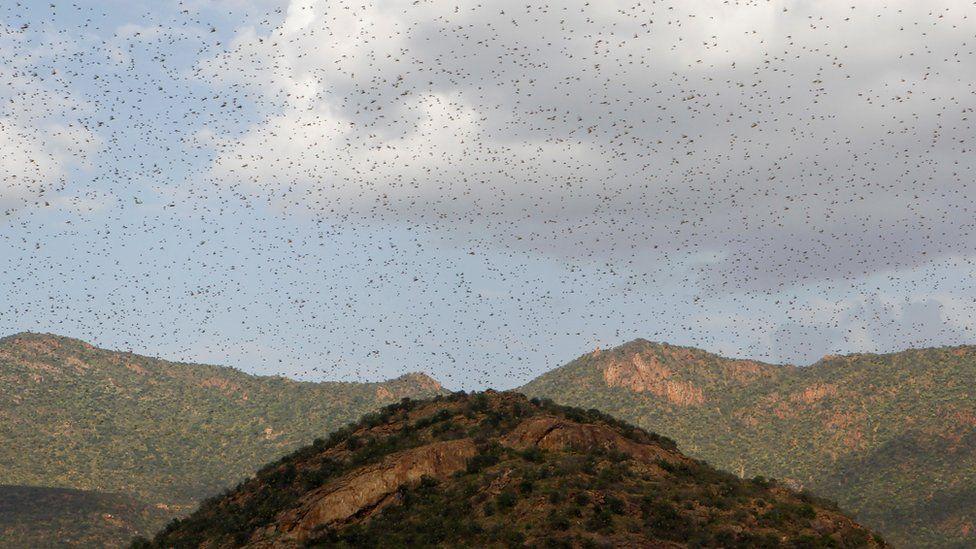 The United Nations has requested international assistance to combat the vast swarms of locusts that sweep across East Africa.

A spokesperson for the Food and Agriculture Organization of the United Nations (FAO) asked for help to “avoid any threats to food security, provide livelihoods, and alleviate malnutrition”. Ethiopia, Kenya, and Somalia are all plagued by “unprecedented” and “devastating” swarms of insect pests, FAO said.

The agency is concerned that the number of locusts will increase by 500 by June. Ethiopia and Somalia have not experienced an infestation of this magnitude for 25 years, while Kenya has not seen a locust threat of this size for 70 years, FAO said earlier this week.

“The speed of spread of the pests and the scale of the infestations are so high that they have pushed the capacities of local and national authorities to their limits,” said FAO. The only option left is “aerial control”, i.e., spraying insecticide from an airplane.

The swarms spread from Yemen across the Red Sea. The heavy rains in late 2019 created ideal conditions for the proliferation of these life-devouring insects. And the problem could get worse during the year. In addition to the increasing numbers in East Africa, locusts have also bred in India, Iran, and Pakistan, which may turn into swarms in the spring.

Locusts can travel up to 150 kilometers in one day. Each adult insect can eat its weight in food each day. A swarm, the size of Paris, could eat the same amount of food as half the French population in a single day, according to an FAO fact sheet.

In November, the United Nations warned of the desert locust infestation in Ethiopia, saying that these creatures could spread to Ethiopia and Kenya if left unchecked. Some farmers in the Amhara region of Ethiopia have lost all of their crops. Last month, a swarm of locusts forced an airliner to deviate from its route to Ethiopia.