Yeslie Aranda, a 57-year-old Venezuelan, walks throughout South America to inspire his disabled daughter and his countrymen.

The former bus driver lost a leg in a collision in 2013. In the same accident, his daughter also lost a leg. To make matters worse, the economic and political crisis in Venezuela made the daily life of the Aranda family increasingly difficult.

To escape the negative spiral, Yeslie changed course last year. He decided to start a walking tour through South America: on one real leg and one artificial leg. “To inspire my daughter and compatriots, there is still everything is possible despite all setbacks.”

With less than thirty euros in his pocket, he embarked on a journey full of dangers and hardship in Venezuela: in Colombia, for example, he traveled through an area where the FARC rebels are still active. The elements also play an important role: snow, heavy showers, cold, and heat make the company a real battle of wear and tear.

Via Peru, Ecuador, and Bolivia he descended to the southern tip of South America. He tries to pay for his trip with the sale of bracelets. That is not easy, but on the way, the Venezuelan finds a lot of compassion and admiration. “When I explain what I am doing, people are often willing to help me with food, shelter, a donation or advice. I am very grateful for that,” says Yeslie.

During his journey, he also meets many compatriots who have given up hope for a normal life in Venezuela. Venezuelans are taken care of throughout the region, but not every country is prepared to take care of the tens of thousands of refugees.

For example, Chile has recently introduced a visa requirement. This meant for Yeslie that he was not welcome there, because he could not prove that he was just passing through. “The authorities were afraid that I would not leave the country again.”

Sometimes lifts or by public transport

Despite his prosthesis, Yeslie tries to walk as much as possible. Only if circumstances make this impossible or if the distance between two overnight places is too great, does he hitchhike a bit or travel by public transport?

Aranda, who is fascinated by trains, boarded a train in Bolivia for the first time in his life, traveling across the vast salt plains of Uyuni. “An unforgettable experience,” said the Venezuelan walker.

The arrival in Ushuaia, the southernmost city in the world, was also a highlight for Yeslie. “However, I could not go there on foot, because there is no road running from the Argentinian mainland to Vuurland on which Ushuaia is located. That, unfortunately, had to be done by plane.” Yeslie has not lost his sense of irony despite covering thousands of miles.

Nevertheless, large cities, such as Buenos Aires, also present a challenge. “With the cart with which I carry my luggage, I cannot just go anywhere on the street or travel by public transport. So I have to plan well how I move around the city.” The stopover in Buenos Aires has other advantages. In Las Violetas, one of the most beautiful cafés in the city, the walker can now enjoy a good cup of coffee. He has also temporarily found shelter in a house. That sleeps just a bit more pleasant than in a tent.

Yeslie wants to continue. After more than a year on the road, he wants to finish his challenge. The route home runs via Paraguay, Uruguay, Brazil, Suriname and the Guyanas back to Venezuela. That is certainly not the shortest route, but that does not matter: “I still want to see the waterfalls of Iguazú, one of nature’s wonders of the world.”

“My country will be fine again”

Only about the stage in Brazil, Yeslie is still a bit worried: “Across the jungle, I don’t like that.” He is, therefore, working on an alternative route via the coast because he longs for Venezuela. “Despite the problems in my country I don’t want to stay here. The few that I have in Venezuela and I am convinced that my country will be fine again someday.”

Record flight: non-stop from London to Sydney in 19 hours and 19 minutes

These are the victims of the California school shooting 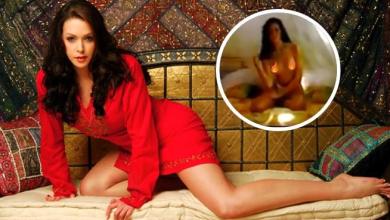