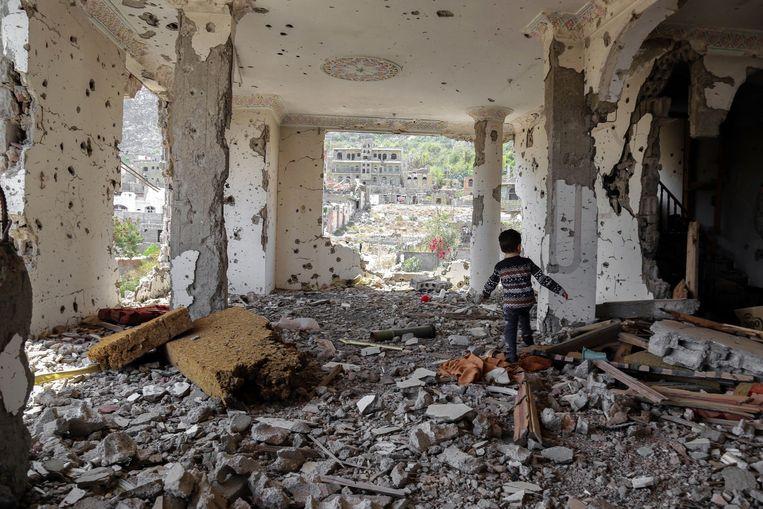 More than 70,000 people have been killed or injured in the war in Yemen, including more than 9,200 children. That is what the World Health Organization (WHO) said today during the peace talks in Sweden.

The actual number of victims of the conflict in Yemen is probably a little higher than 70,000, because the count between March 2015 and October of this year only contains hospital figures, says the WHO. In that period, health institutions reported nearly 10,000 deaths and about 60,200 injured. There were 849 children who lost their lives, and ten times as many were injured. Due to illness and malnutrition, at least 85,000 children died in the past three years, the United Nations announced last month.

Since Thursday, representatives of Yemen’s internationally recognized government and the Houthi rebels negotiate in Rimbo near Stockholm. With the talks, the UN is trying to put an end to the four-year civil war that has pushed the country to the brink of famine.

The UN Special Representative for Yemen said during the AFP peace talks that the international coalition headed by Sunni Saudi Arabia would stop its attacks on the port city of Hodeida and that the Houthi rebels (supported by the Shiite Iranian regime, the archenemies of Saudi Arabia, ed.) withdraw from the city in return. Hodeida, through which the bulk of humanitarian aid arrives in Yemen, would then be placed under the joint control of the government and the Houthi rebels, under the supervision of the UN.

Despite records of cases in several countries, WHO believes that “2022 may end acute phase of pandemic”

WHO: “Corona infections in Africa are rising sharply, yet fewer deaths and seriously ill”