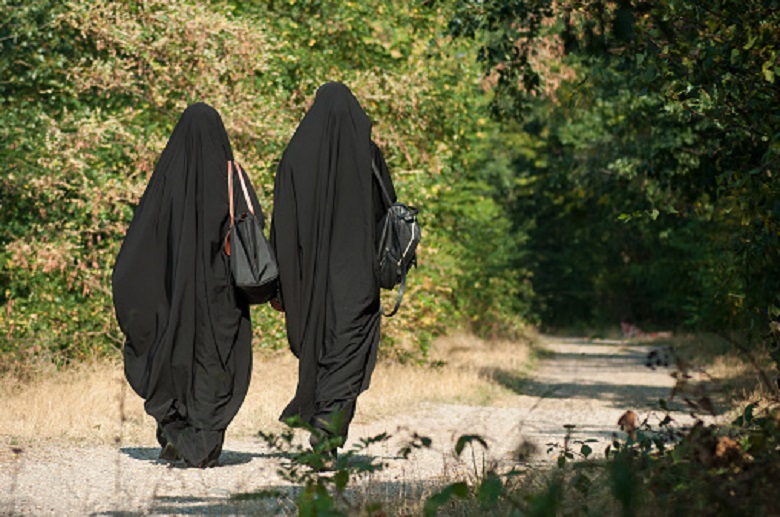 Sometimes bans on wearing one or another type of clothing or footwear are easily explained from a practical point of view—overview of some clothes that can not be worn in some countries.

In the countries of equatorial Africa, it is forbidden to dress in blue and black, those wearing leopard-print clothes are not allowed on safari, and in the Italian Cinque Terre park, there is a mind-boggling fine for wearing sandals. There are explanations for all these prohibitions, and they are simple. The situation is more complicated with the prescriptions of old traditions and the latest views – everything is more complicated here.

The main requirement for clothing

The tsetse fly, carrying diseases dangerous to humans, is attracted by the colors blue and black, and African animals, seeing a person dressed in a “leopard”, can get nervous. On the steep slopes of a park in Northern Italy, it is easy to get injured while walking in the wrong shoes, and transporting the injured person by helicopter is expensive, hence the fines. But still, more often than not, the prohibition against wearing something – formal or ethical – is dictated not by concern for who is prohibited from but by other motives.

The basic rule about clothes in most countries is to simply be on a person, at least if he is in a public place. And here, however, not without exceptions – in many parts of the world, for the tribes of Africa, South America, and Oceania, they look quite calmly at the exit “to the people” in which the mother gave birth. But the classic view of acceptable appearance involves the person covering their nakedness with clothing when surrounded by others.

The lack of clothing on a person in a public place is considered indecent behavior in many Western countries and is punished. But in Canada, for example, several lawsuits on this topic have put an end to the discussion of whether a woman has the right to appear topless in the street. Yes, she is entitled, and so is a man: the mere absence of clothing above the waist is not punishable in this country and is legal.

In Germany, it is also possible to appear naked – not everywhere, but for example, on the beach or in a park. And in some places, even on the contrary – it is forbidden to wear clothes, we are talking about saunas in the first place.

Muslim countries have stricter rules about clothing than the Western world. If a foreigner in the United Arab Emirates decides to have a bathing suit on the beach, he will receive a verbal reproof, but in Saudi Arabia, for instance, going about in a bathing suit is categorically not recommended and may lead to imprisonment. In Qatar and other Middle Eastern countries, there is a rule – the clothes must thoroughly cover the body, including shoulders and knees, not to leave uncovered feet, wear tight and transparent.

The prohibitions concern the human body parts that are traditionally covered by clothing and sometimes the hair and face. First of all, we are again talking about the Islamic environment and its requirements regarding women’s closets: in many countries, it is forbidden to walk with an uncovered head, in Afghanistan, a woman must cover her face with a niqab. But several European countries have made obligatory the opposite norms, prescribing, on the contrary, to be with an open face, for example, while driving a car, which excludes the wearing, in this case, voluminous hoods and wide-brimmed hats.

In many states, civilians are not allowed to wear military or police uniforms – and there are similar legal provisions in Africa. More interestingly, it is also sometimes forbidden to wear camouflage. This restriction for fashionistas concerns, first of all, the states of the Caribbean, but also – some countries of Africa and South-East Asia.

A fine or even imprisonment may threaten anyone who appears in camouflage clothes on the streets of Barbados, Jamaica, Grenada – the list of islands goes on; in addition to these states, watch for those dressed in military-style, for example, in Tanzania. Of course, we are talking only about the civilian population – camouflage in these states is worn exclusively by the military.

There is a category of uniform, the wearing of which may be considered a crime in some countries. These are clothing containing Nazi symbols. The use of the form and, in general, the attributes of the Third Reich are even more strict in Germany, these norms came into force after the end of the Second World War.

Nazi uniforms were banned in Austria, Sweden, Switzerland, the Czech Republic, Slovakia, and Brazil. But in the United States, this is permissible – but with regard to clothing, there are other “pain points” that are not recommended to touch.

Members of the Ku Klux Klan, a secret society that emerged in America in the 1860s to uphold racist beliefs, wore traditional white robes, masks, and a cone-shaped headdress in their gatherings. Of course, hardly anyone decides to walk the streets in such an outfit, but the undesirability of the Ku Klux Klan outfit becomes relevant, for example, when choosing a costume for Halloween.

By themselves, things do not turn their owner into an offender, but behind such an appearance, they may perceive hostility on the basis of racial discrimination (in addition, modern adherents of the KKK theories speak out with anti-Muslim slogans and against same-sex unions, that is, wearing a white suit can be perceived as incitement of hatred against other religious beliefs and sexual orientation, and this is not good at all in the modern world).

The protection of the interests of previously oppressed peoples can also manifest itself in more strange forms, for example, when using ethnic prints and patterns in clothes, wearing some hairstyles. For African countries, such unwritten prohibitions are not particularly relevant, but in the West, where representatives of various nationalities live in the neighborhood, cultural appropriation can be a rather painful topic.

Making dreadlocks or Afro-braids, dressing up in ethnic clothes with the symbols of African and Asian peoples, depending on who wears it, can be perceived either as a successful “bow”, or as a violation of ethics, or even as a deliberate escalation of interethnic conflicts.

This is often blamed for haute couture designers and world stars, as in the case of Gucci in 2019, when the noise was raised as a result of the creation of a balaclava sweater – black. The designers had to apologize for the association with a dark complexion and reassure that they were not intended to hurt the feelings of African Americans.