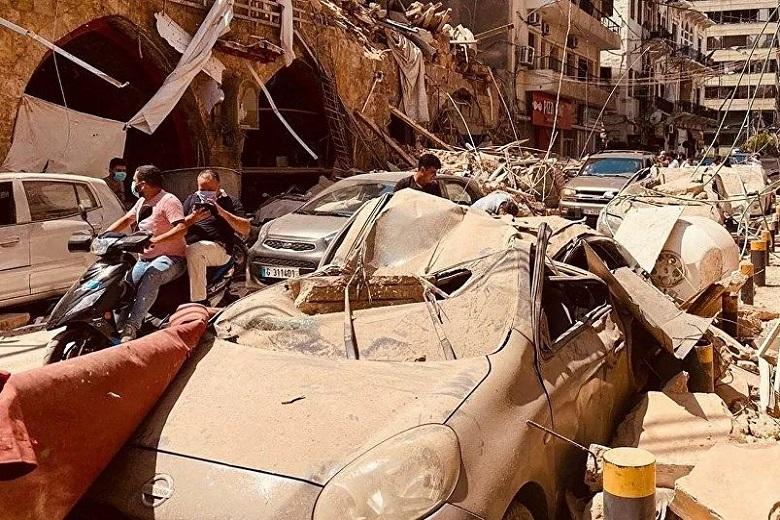 Despite customs fears that it would “blow up all of Beirut” and requests to re-export or destroy it, the cargo of ammonium nitrate seized from a Russian-owned Moldovan-flagged vessel was the cause of the deadly explosions in Beirut. Review of the facts before the tragedy of 4 August 2020.

In 2014, the freighter Rhosus was labeled a “floating bomb” for a good reason. Belonging to a Russian oligarch and flying the Moldovan flag, it is from this ship that the tons of ammonium nitrate that exploded and bruised Beirut on 4 August came from.

Seizure of a Russian-owned ship

According to the Floatmon portal, the Rhosus, loaded with ammonium nitrate, was seized by Lebanese Customs in October 2013 after an inspection that revealed several deficiencies.

Oligarch of Khabarovsk, Igor Grechushkine, a Russian citizen now resident in Cyprus, was the owner and operator of the Rhosus, which he abandoned after said inspection. Four crew members, the captain, also of Russian nationality, in addition to the boatswain and two engineers, all Ukrainians, remained stranded in Lebanon for months.

Its cargo stored in the port

The confiscated cargo has since been stored in a warehouse at the port. Initial investigations indicate that years of neglect of the storage of these highly explosive materials caused the explosions, a source close to the investigation told Reuters.

She added that the question of the safety of the storage had been submitted to several committees and judges and that “nothing was done” for a withdrawal or disposal order.

On Wednesday, 5 August, the director-general of the port of Beirut, Hassan Koraytem, said that ammonium nitrate had been stored there for six years following a court order. According to him, the customs and security service of the State had asked the authorities that it be re-exported or destroyed, but “nothing happened”.

Badri Daher, director-general of Lebanese customs, told LBCI channel on Wednesday that customs had sent six documents to the courts to warn of the danger.

“We asked for it to be re-exported, but that did not happen. We leave it to the experts and those affected to determine why,” said Daher.

Another source close to a port worker said a team that inspected ammonium nitrate six months ago warned that if it was not moved, it “would blow up the whole of Beirut.”

According to two documents consulted by Reuters, customs had indeed asked the courts in 2016 and 2017 to ask the “shipping agency concerned” to re-export or approve the sale of ammonium nitrate, deposited in warehouse number 12, to ensure the safety of the port. One of the documents cited similar requests in 2014 and 2015.

“I am sure that in no case should we engage in political speculation, and especially if thousands of people have suffered”, he said, commenting on the spread of many different versions on the causes of the tragedy, including air or terrorist attack.

“According to the most convincing data, during the repair work, there was a fire, then a monstrous explosion of the warehouse in which ammonium nitrate confiscated from a damaged ship had been stored since 2014. So we are talking about violations flagrant security measures,” underlined the diplomat.

According to him, several Lebanese claims that this tragedy reflects the country’s shortcomings, the problems of government structures, and the interaction between the departments. “And there is a lot of truth in this,” he said.

Following the 4 August tragedy, the Maritime Transport Agency of the Republic of Moldova announced that the vessel in question had been stripped of its registration in 2014.

“The vessel Rhosus (IMO 8630344) was entered in the National Ship Register on 23 February 2012. Since 2014, it has been excluded from this register due to the expiration of the registration period and was no longer sailing under the flag of Moldova,” the statement said.

By bombing Lebanon, Israel sends a message to Iran

12 intriguing facts about the explosion in Beirut, Lebanon