This continent is considered the hottest on our planet. Therefore, many are wondering why it is cold at night in Africa. Yes, not everywhere, but why do you have to wear a jacket and a hat in some areas?

In most of the mainland, the average annual temperature ranges from 25 to 33 degrees Celsius. At night, it can drop to 5-7 degrees. Is it cold? Everyone has their answer. Most likely, the stated question implies a lower temperature, closer to zero.

This can found in Africa. For example, on Kilimanjaro – the highest point of the mainland, where there are glaciers. At the bottom, the thermometer reaches 30 degrees, and closer to the top, it drops below zero—snow can see in parts of Africa during the winter, for example, in South Africa, where the temperature can approach zero even during the day.

Although this phenomenon is rare, the locals know how to make snowmen and protect themselves from the cold. The coldest country in Africa in Lesotho, located at an altitude of 1400 meters above sea level. Here snow can fall from May to September, warm hats and jackets are in use, and you need to look for a warm corner not to freeze at night.

Why is it cold in the Sahara

When they say that it is cold at night in Africa, they often mean the Sahara. During the day, the air temperature here can exceed 40 degrees, and at night it can drop sharply to – 5. Why is this happening? The peculiarity of the desert is that there is dry air and a lot of suns, there is slight water vapour in the atmosphere above it, and there are almost no clouds. Therefore, during the day, the surface under the influence of rays is boiling.

Since the soil in the Sahara is dry, its thermal conductivity and heat capacity is low. Only the surface layer of sand and earth is hot. Therefore, when the sun goes down, the desert quickly cools. After all, no factors would help maintain a high temperature for longer: no enough plants, no clouds, and no humidity in the atmosphere.

The same clouds and water vapour would play a kind of blanket and return some of the outgoing thermal radiation to the desert. There are significant temperature changes in the Sahara due to the dry atmosphere and dry soil day and night. The surface heats up quickly and cools down just as quickly because there is nothing to trap the heat. 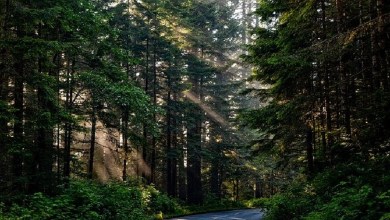 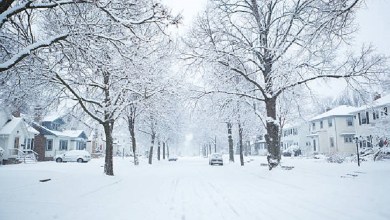