The team of Senegal faces that of Colombia, June 28 in Samara, in Group H of the 2018 World Cup. Senegalese are the last African representatives to still qualify for the Round of 16. They carry the hopes of their supporters but also football fans of the continent.

Since 1986, there is still at least one African team in the second round of the World Cup football. Will this series end on the occasion of the 2018 edition in Russia (June 14-July 15)? From now on, only Senegal can still reach the second round of the Russian World Cup, following the elimination of Nigeria , after those of Egypt, Morocco and Tunisia. All the hopes of the continent’s ballooners are therefore based on the “Teranga Lions”.

“I think it has to be more of a positive thing than pressure,” Senegal’s defender Kalidou Koulibaly said on the eve of a decisive game against Colombia in Group H of the tournament.

We know that we have the whole continent behind us. We also know that we are able to do it. This situation must therefore be considered positively. We know that we already have 15 million Senegalese behind us. It’s up to us to wear the colors of Senegal and Africa during this World Cup”.

To achieve her goals and emulate the 2002 Senegal team – which they had gone to the quarter-finals of the World Cup – the “Lions” of 2018 need only a small point against the Colombians, this June 28 in Samara.

The tie would allow them to secure one of the first two places in Group H, although it would obviously be easier to beat a reinvigorated Colombia after a 3-0 win against Poland.

“I have no reason to think today that Senegal can not qualify,” said coach Aliou Cisse, after a 2-1 win against the Poles and a 2-2 draw against the Japanese. We are in the right tempo. The motivation is there. Trust is there. We know that we will have to be present for 95 minutes to really get back into history. We are really determined.

In terms of mental strength and will, José Pékerman, coach of the Colombia team, however, ensures that his protégés are not left behind: “It will be a very difficult match to play. Very difficult! Because we will play qualification, because there will be pressure, there will be tension… and the result is uncertain. We will have to live with that and we, at least, have the advantage of having already been there. We will see how Senegal behaves in a different game from the others. And that, I think it’s a little unknown for this game: who is the most able to deal with this kind of situation?”

Question style of play, that of Colombia is perhaps more adapted to that practiced by Senegal, to believe the midfielder Alfred Ndiaye. “It’s another football than Japan’s,” he says.

“Colombia is a much more physical team, which goes much faster towards the goal, which has a much more vertical game. Their game is much more like ours. They also have players who go very fast on the sides. But we know it and we will be ready.” He added.

The Colombians, they must win to qualify after their 1-2 defeat against Japan, the first day. 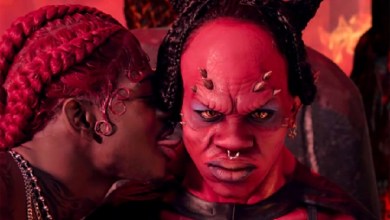