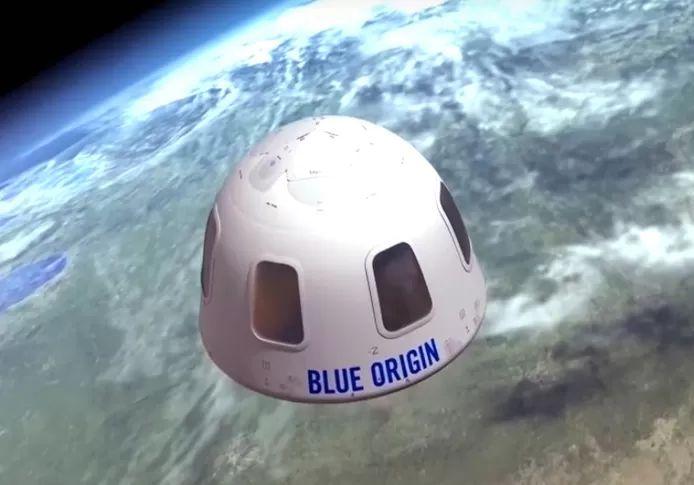 18-year-old Dutch student Oliver Daemen will join Amazon founder Jeff Bezos on his first commercial spaceflight next week. Bezos’ space company, Blue Origin, made the announcement today. It is the company’s first manned flight. When the craft leaves the atmosphere, Daemen will be the youngest astronaut ever.

“This is a dream come true!” Oliver says in the press release Blue Origin issued today. “I hadn’t counted on this at all until that surprising phone call from Blue Origin last week. This is so unbelievably cool! The flight to and into space only takes ten minutes, but I already know that these will be the most special ten minutes of my life.”

The launch is scheduled for next Tuesday, July 20. Daemen was, therefore, told a few days ago that he had been added to the flight with the New Shepard as the fourth and last passenger.

Last June, the student from North Brabant and his father, Joes participated in a special auction for charity. Although they missed the highest bid for the last seat in the rocket (an unknown person paid about 28 million dollars), Blue Origin still chose the Dutchman because the winner of the auction chose to fly on a different, later date.

“Oliver represents a new generation of people who are helping us build a path to space,” Blue Origin said of the Dutchman who also made a bid for the flight.

On the flight, Oliver is joined by Jeff Bezos, his brother Mark, and 82-year-old American Wally Funk, the world’s oldest astronaut. The fact that Bezos could take the oldest and youngest astronaut with him on his first commercial space flight was decisive in the choice for the Dutchman. Daemen’s great passion for space travel was also important, according to the space company.

The rocket with Daemen, Bezos, and the two others will reach an altitude of about 100 kilometers after launch. There they see the stars, the edge of the atmosphere, and the earth’s curvature, after which they return to the earth’s surface.

Daemen used the past year, after obtaining his pre-university diploma, to obtain his pilot’s license. This year he will start studying Natural Sciences and Innovation Management at Utrecht University. Father and son left for America today. There, the youngest undergoes a short, intensive astronaut course to be shot out on Tuesday.

Bezos and his space company are in fierce competition with two other billionaires, who also want to sell tourist flights to space. They try to outdo each other. Competitor Richard Branson made a flight to the edge of the atmosphere last week, aboard an aircraft from his company Virgin Galactic.

That space plane went to 86 kilometers altitude. Branson says space starts at 50 miles [80 km], so his customers are going to space. According to Bezos, that is too low, and space only starts at 100 kilometers above the Earth, a limit that his craft does pass.

The third space billionaire is Elon Musk, the man behind PayPal and Tesla. He is already taking people and supplies to space with his company SpaceX. In a few years, he wants to sell, among other things, sightseeing flights around the moon.

SpaceX also plans to put customers in orbit around the Earth for a few days, several hundred kilometers high, and by 2027, SpaceX may be taking people to a space hotel.

Over 164,000 people sign petition to stop Jeff Bezos from returning to Earth

Richard Branson, first billionaire who made a trip into space – video