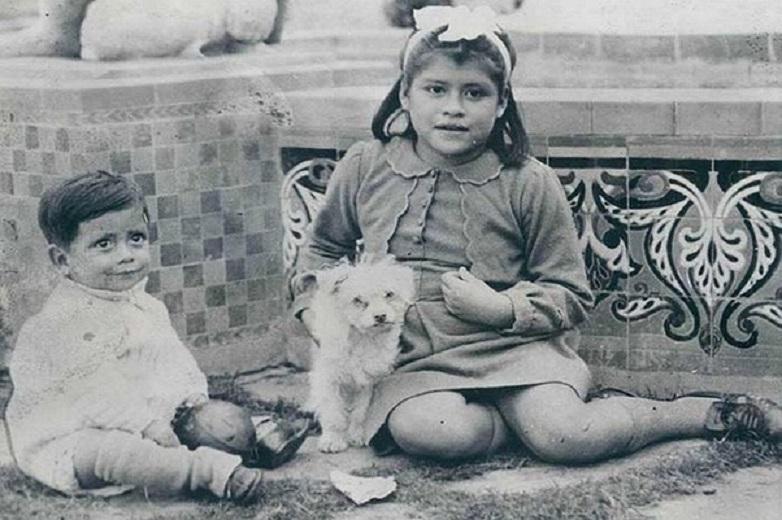 Lina Marcela Medina was five years, seven months and 21 days old when she became a mother. It was believed to be a curse. Lina Medina was born in the Huancavelica Region of Peru on September 27, 1933, and is the youngest mother confirmed in the medical history.

She is currently 81 years old, but when she was five, she became the youngest mother in the world by giving birth to Gerardo. Lina Marcela Medina de Jurado has been the youngest woman to have a child, at the tender age of five years, seven months and 21 days old. She married at the age of 33 with Raúl Jurado and had another son in 1972. He currently lives in a slum in the suburb of Lima known as Chicago Chico.

The neighbors believed that she was the prey of a curse from Apu, the spirit of the Andes, because Lina had a bulging belly, which is why her father Tiburcio Medina decided to take her to the shamans to be told what was wrong with her, when they thought she had a tumor, Marcela Medina was taken to Pisco, the closest city to the village.

According to information from the website rinconabstracto, it was not until Dr. Gerardo Lozada discovered that she was pregnant, that’s when she was taken to Lima, the capital of Peru, where, after a cesarean section, she gave birth on May 14, 1939, to her son Gerardo who took the name of his midwife.

According to the site listas.20minutos, Lina Marcela Medina began to menstruate at the age of two years and eight months and it is presumed that her son was conceived when she was four years and eight months old, but it is still not known how it happened; the girl’s father was imprisoned for several days, but was released when he did not prove that he had been responsible, so the suspicion fell on one of her eight brothers, who was mentally retarded.

In Peru, Lina Medina was considered a virgin, because it was said that she conceived without the original sin, so the villagers believed that Gerardo was the son of the Sun God.

After the birth, the family was invited to participate in the World Fair in New York, but they rejected the offer, and later accepted that of an American businessman who promised them that their case would be investigated by scientists, with a payment of $5,000 and for life, but the government of Peru did not allow it and Lina was left without government help.

It wasn’t until 2002 that Peruvian gynecologist José Sandoval wrote about her, speeding up the process for the woman to receive a lifetime pension. “We still have time to repair the damage that the State did by condemning it to misery,” said gynecologist José Sandoval, who dusted Lina’s story, wrote it in a book and even went to the Government Palace to remind them of the outstanding debt.

On September 3, 2002, the Colombian digital newspaper ‘El País’ published the following note on the web: “Six decades later, the Peruvian government seeks to help Lina, as if to compensate for the dead letter of a 1939 Law that promised a life pension for her and her son,” said the note.

Lina Marcela Medina’s son (Gerardo) grew up during his first years as the tenth child of the Medina family, but then he learned that Lina was his mother and not his sister. Gerardo died at the age of 40 from a rare disease.