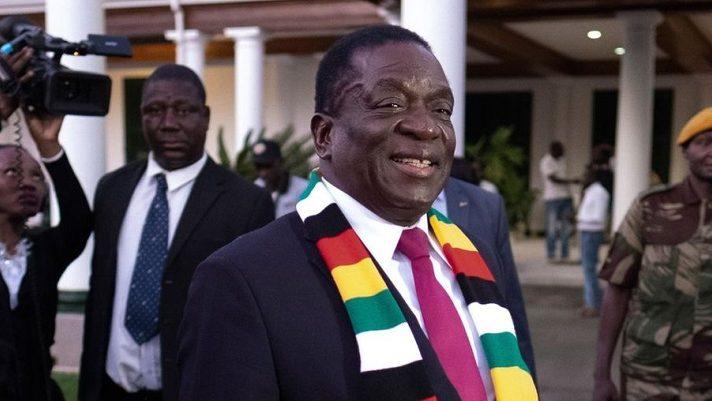 A tie from Zimbabwean President Emmerson Mnangagwa was sold for $15,000 at an event in Victoria Falls.

Mr. Mnangagwa was speaking as a guest of honor at the Directors General Africa Roundtable in the resort when the Master of Ceremonies, Gary Thomson, asked him to remove his tie to be auctioned.

According to the BBC, the MC said: “Now, with this Excellence Tie, I’m not going to ask you to say yes or no, I’m going to auction it and the money raised will help Victoria Falls hospitals. So, I’m going to start the $1,000 bidding,” said Gary

He quickly received two more, one marked by the American flag, a symbol of Mr. Mnangagwa’s mantra: “Zimbabwe is open for business”.

The state newspaper, Chronicle, said on its website that the money will be donated to a local hospital.

Having come to power after Robert Mugabe’s resignation, Mr. Mnangagwa’s goal is to restore investor confidence after decades of economic isolation and mismanagement.