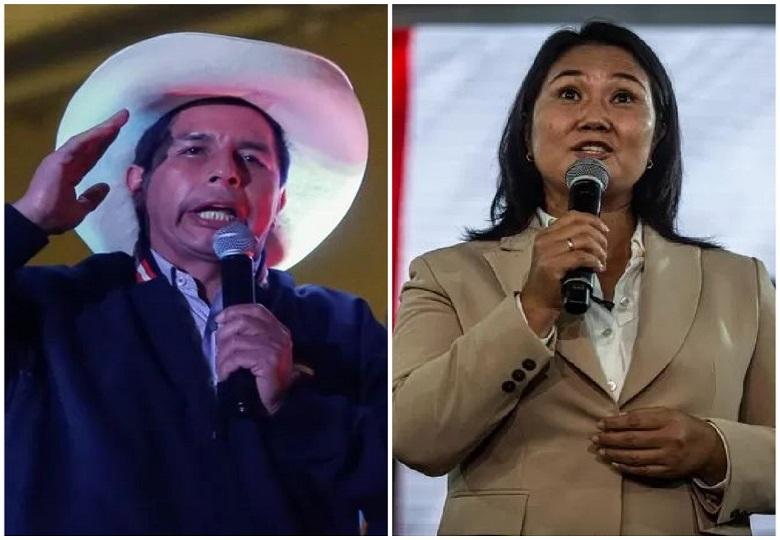 Five days after Peru’s presidential election, there is still no winner. So Peru’s interim president called for calm while observers contradict alleged fraud. “The job of a head of state is to ensure that the country maintains its calm and serenity in difficult times. With this in mind, I have contacted the entourage of both candidates,” Francisco Sagasti said on Twitter.

“My question was the same twice: make sure to ease tensions and wait for the official results,” said Sagasti. Tensions in the country are undeniably rising. Marxist village teacher Pedro Castillo and right-wing populist Keiko Fujimori are engaged in a neck-and-neck race, but official results are pending. Neither of the two presidential candidates has yet declared a winner.

On Wednesday, however, Fujimori said there is evidence of fraud. She asked for about 200,000 ballots from 802 polling stations to be invalidated. Observers from the Organization of American States (OAS), however, disagree, adding that they have found no “serious irregularities” and speak of a “positive electoral process”.

Keiko Fujimori’s statements are sensitive because her father, as the democratically elected president of Peru, dissolved the parliament in 1992 and became a true dictator.

Former Paraguayan Foreign Minister Rubén Ramirez chairs that group of observers. According to the report produced by the observers, improvements in the electoral process were even noted between the first and second rounds.

Authorities, meanwhile, have launched an investigation into tens of thousands of contested ballots. That investigation could take several days. The new head of state will face major challenges. Peru is struggling with the corona pandemic, an economic recession and a fragmented parliament.