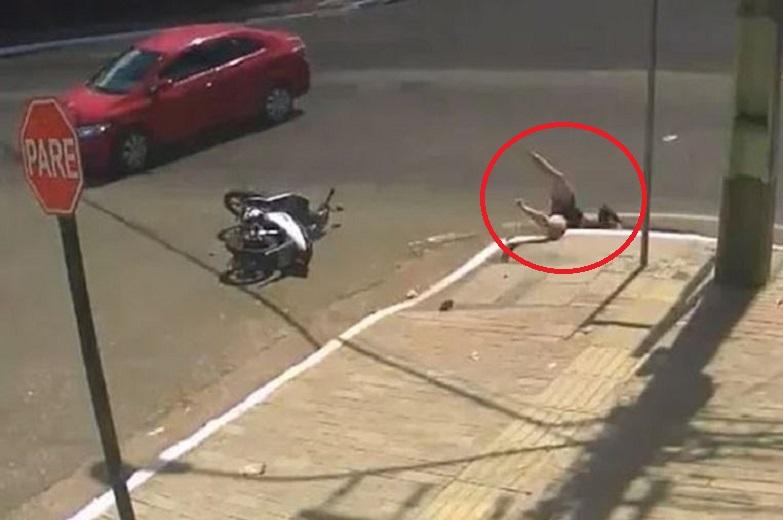 An accident never comes alone. After a woman in Brazil is hit by a car on her scooter, she slides face-first into a manhole. Bystanders managed to free her.

The images of the 27-year-old woman’s accident were taken by a security camera in Paragominas, in the Brazilian state of Pará. It shows how a woman on a scooter is hit by a red Chevrolet Prisma sedan, the driver of which turns to the left. Here he completely overlooks her.

After she disappears into the well, witnesses immediately run to her. They lift a large part of the sidewalk, which gives them access to the pit.

When the witnesses lifted the woman out, she appeared shaken but not severely injured. According to the Brazilian UOL News, she did have a severe back injury and now needs surgery to avoid the risk of worsening her condition.

The police have not been on the scene, and the woman has not reported the driver of the Chevrolet.