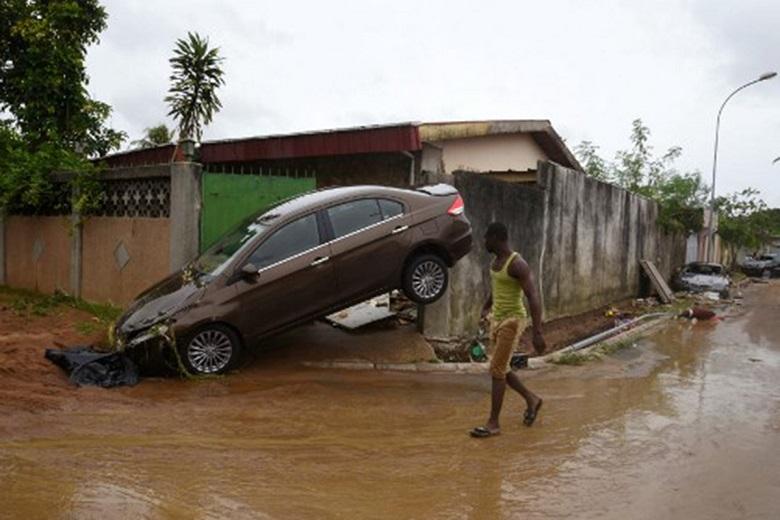 Heavy rains have caused the loss of life and significant property damage in the Ivorian capital, Abidjan. At least five people died in the floods.

On social networks, there were calls for help, particularly in a residential area where passengers were stuck in their cars with water at window height.

They were finally able to get out of the vehicle thanks to the intervention of a resident. Torrents of water mixed with mud also blocked significant places from Abidjan.

According to a witness interviewed by the BBC, he saw from his window two motorcyclists being swept away on the Boulevard François Mitterrand.

Traffic jams lasting several hours were recorded on major roads in the Ivorian capital. In some places, the water rose to more than two meters, forcing the inhabitants to take refuge on the rooftops.

The firefighters were overwhelmed with calls, particularly in the large commune of Cocody where their movements were slowed down by the state of traffic.

The fire brigade was overwhelmed with calls, particularly in the large commune of Cocody where their movements were slowed down by traffic conditions.

Two years ago, heavy rains claimed many victims in Abidjan.

In order to protect the inhabitants, work was carried out, such as the destruction of buildings obstructing the flow of water or the cleaning of drainage gutters.

However, these are the districts that were affected by the floods. The rainy season has been particularly heavy since the beginning of June. Last week a landslide caused the death of 17 people in a suburban neighborhood of Abidjan.