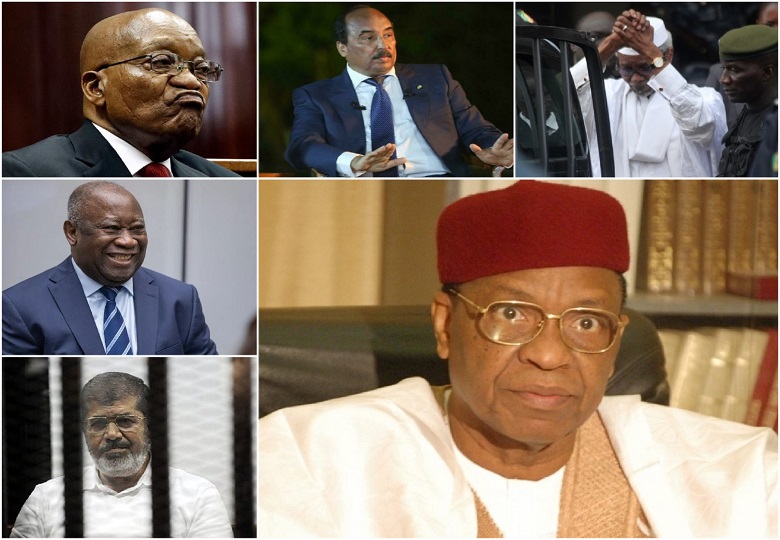 Ex-President be so weakened?

While it is true that some former heads of state, such as Chad’s Hissène Habré, may fully deserve their fate, it must be recognized that imprisoning a former president should be the last resort. Should we, as is now customary, hide behind the fact that everyone is equal before the law to throw men who have led the destiny of their country for years into prison so easily?

How, under these conditions, can we hope to achieve a peaceful and lasting change of government in Africa? How can one easily give up one’s wrongdoer as soon as one is certain to end one’s days behind bars? Doesn’t this open the door to temptations to seize power, with all the consequences that this entails?

Without seeking to advocate impunity for former heads of state, each of whom must answer for their actions, Africa would benefit from making the imprisonment of a former head of state the last resort. Especially when sometimes the imprisonment has no solid basis, as was the case for Laurent Gbagbo, who the International Criminal Court finally cleared.

Here is a look at some of the leaders who ended up behind bars after leaving office. Some of them even died in prison without any assistance.

Currently, Jacob Zuma, former President of South Africa, is the latest leader to be imprisoned on our list. His incarceration dates back only to July 7. A few days earlier, on June 29, 2021, to be precise, the South African Constitutional Court had sentenced the man to 15 months in prison for contempt of court.

The reason for this conviction? Jacob Zuma had refused to appear before the judges to answer for the numerous corruption cases he cited. After an attempt to resist, the former head of state decided to take himself into custody on the night of Wednesday, July 7, a few minutes before the end of the ultimatum he was given. And since then, the country has been agitated by scenes of unprecedented violence.

One of the most recent cases of incarceration of former presidents that has been the talk of the town in recent weeks is that of former Mauritanian leader Mohamed Ould Abdel Aziz. Very little time has passed between his retirement at the end of his second and final constitutional term in 2019 and the beginning of his descent into hell.

His troubles with the law began in August 2020 when charges of corruption, embezzlement of public property, money laundering, illicit enrichment, and squandering of public property were brought against the general.

President of Chad from 1982 to 1990, Hissène Habré, was allegedly guilty of torture and the systematic killing of opponents. Suspected of being responsible for the deaths of some 40,000 people, the dictator fled to Senegal, where his trial was finally opened in 2015.

Sentenced in the first instance to life imprisonment and payment of a sum ranging from 10 to 20 million CFA francs per victim, Hissène Habré is appealing to see the confirmation of the life sentence and the setting of financial compensation to be paid to the victims at the sum of 82 billion 290 million CFA francs. He continues to serve his sentence.

Issued from the Muslim Brotherhood, Mohamed Morsi became, on June 30, 2012, the fifth Egyptian President, the first democratically elected, and the first civilian to hold this position. Shaken by huge popular protests, Mohamed Morsi’s term in office will be cut short by the army.

Indeed, on July 3, 2013, barely a year after his inauguration, the man was overthrown by the army chief of staff that he appointed, General Abdel Fattah al-Sissi. He did not regain his freedom until his death on June 17, 2019.

In prison, Mohamed Morsi has been subject to several charges (inciting violence against demonstrators and espionage for the benefit of Qatar in particular) and numerous convictions. The conditions of his detention are inhumane: he is placed in solitary confinement for 23 hours a day, has no access to newspapers and television; in six years in prison, he has received only three visits from his family; he is deprived of health care despite his diabetes, liver disease, and kidney failure, and is obliged to sleep on the ground. Everything was done so that he would die prematurely.

The year 2011 also saw the arrest of Ivorian President Laurent Gbagbo. Laurent Gbagbo became head of state on October 26, 2000, after winning the presidential election against General Robert Guéï. As his term of office ended in 2005, he had to postpone the organization of the presidential election several times, which finally took place in late 2010.

Both men proclaimed themselves President, and the country descended into violence. Supported by the West, notably France, the United States, the European Union, and the United Nations, Alassane Ouattara succeeded in seizing power in April 2011.

On April 11, the presidential palace where Laurent Gbagbo and his wife, Simone, were holed up was stormed by the Licorne force and the UNOCI after ten days of intense fighting. Laurent Gbagbo was arrested and placed under house arrest in Korhogo, a city in northern Côte d’Ivoire, before being transferred to The Hague on November 30, 2011.

He is accused of crimes against humanity. At the end of a lengthy trial, the former President was acquitted, cleared of all charges against him for lack of evidence. He made a triumphant return to his country on June 17, 2021, after ten years of absence.

On December 22, 1999, Mamadou Tandja was sworn in as President of the Republic of Niger, after winning the presidential election one month earlier. In 2004, he was re-elected for a second term, at the end of which he felt the need to remain in power despite the constitutional limits. In June 2009, three months before the presidential election, Mamadou Tandja attempted to revise the Constitution to extend his term by three years.

He was categorically refused by the Constitutional Court and the National Assembly, which he decided to dissolve, governing by decree. On August 4, 2009, he organized a referendum to ratify the revision of the Constitution. Faced with the cacophony that was taking hold in the country, the military entered the fray and overthrew the President on February 18, 2010.

The junta, called the Supreme Council for the Restoration of Democracy, initially placed Mamadou Tandja under house arrest before deposing him in prison in January 2011. The former head of state was released on May 10, 2011, one month after the 2011 presidential election. He will have spent about four months in prison. Therefore, as a free man, Colonel Mamadou Tandja died in Niamey on November 24, 2020.

Why is Somaliland not recognized?