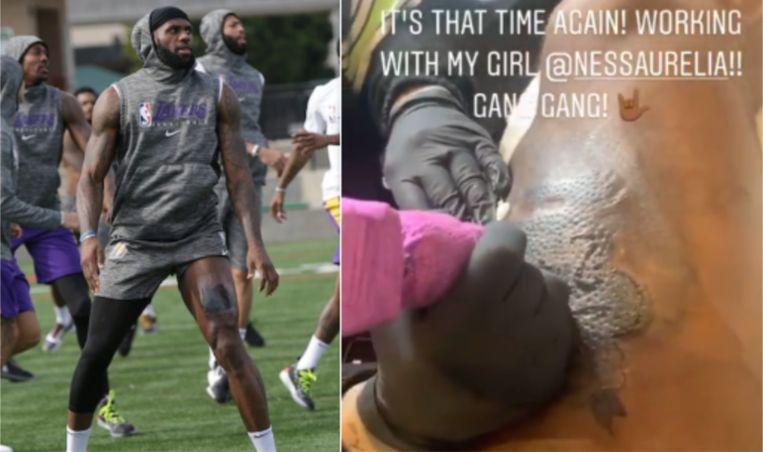 LeBron James has immortalized his good friend Kobe Bryant on his body. The current star player of the LA Lakers had a black mamba – the nickname of the deceased Bryant – tattooed on his thigh. Perhaps the creation will be revealed later – no doubt, an emotional event.

When LeBron heard the news about Bryant’s death, he was distraught. Barely a few hours before the helicopter crash, Bryant made himself heard.

The American basketball legend congratulated his buddy LeBron after he had passed him in the NBA top shooters list of all time. The two were close friends, and it is not surprising that LeBron now perpetuates that other legend on his body.

Images circulate on Instagram where tattoo artist Vanessa Aurelia takes over the thigh of LeBron. Although the creation is still covered with a plaster, it is clear that the current LA Lakers player opted for a black mamba – the nickname of Bryant. Furthermore, attentive fans see that “Kobe 4 Life” is written under the snake – although that is still guessing.

Yesterday morning LeBron appeared on the training field at the Lakers; even then, the tattoo was visible. Perhaps LeBron will soon unveil his new acquisition, just before he takes the Lakers to the field against the Portland Trail Blazers. That first match after Bryant’s death will undoubtedly become an emotional event.

How NBA legend Kobe Bryant and his daughter Gianna died