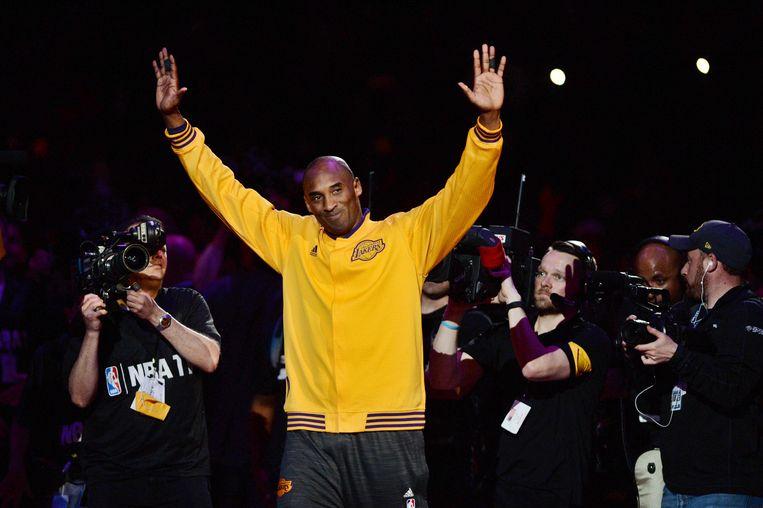 Kobe Bryant died on Sunday in a helicopter crash. That confirms the city of Calabasas in California, where the sad accident occurred. The American basketball legend, who played for the LA Lakers for 20 years, turned 41. The 13-year-old daughter of Bryant, the pilot, and six other passengers were also killed. According to meteorologists, there was a thick fog in the area where the helicopter crashed. Intensely sad fans have gathered at the Staples Centre in Los Angeles, home to Bryant’s former team.

Kobe Bryant – basketball legend and father of four daughters – died in a tragic accident. The former basketball star was in his private helicopter with various other passengers at 10:00 am local time when they crashed in a nature reserve just outside Calabasas, a city northwest of Los Angeles. The fire brigade arrived quickly, but there were no survivors. Police have confirmed that all nine passengers were killed, including Kobe Bryant and his 13-year-old daughter Gianna. Former baseball coach John Altobelli, his wife and daughter were also among the victims.

However, the names of the victims have not yet been released. “It would be totally inappropriate at this moment to identify anyone. First, we have to get the coroner to do its job.” That is what Sheriff Alex Villanueva said at a press conference on Sunday evening.

NBC News writes that among the other victims are also the pilot and a teammate of Gianna. The company was en route to the Mamba Academy for a basketball tournament, where Gianna’s team would play, and Kobe would coach her team, CNN said. The school is located nearby in Thousand Oaks.

The exact cause of the accident is not yet clear. Witnesses say they heard the engine sputtering before the helicopter crashed. The tail number corresponds to the aircraft – a Sikorsky S-76 from 1991 – that Bryant had owned for a long time, CNN reports. His logo was on the side.

Weather expert Michael Guy (also from CNN) speaks of “extremely poor visibility” in the area. “It was foggy, cloudy, and it was drizzling”. Besides, there were also various forest fires. “The relative humidity was 100 percent. The air was as heavy as soup,” the meteorologist continues.

An investigation into the crash will check the helicopter’s and pilot’s and crew’s maintenance reports, said Jennifer Homendy of the National Transportation Safety Board at a press conference in Washington. The Federal Aviation Authority (FAA) said on Twitter that investigations have started into the crash. An FAA team will arrive in California on Sunday evening local time, the organization said.

Kobe has been a big helicopter enthusiast for years, and he used to fly a helicopter to competitions to avoid traffic jams around Los Angeles and to arrive as fresh as possible physically.

Two shirts that belong to Bryant hang in the ridge of the Staples Center in Los Angeles. The American broke through with the number 8 and later exchanged that number for 24. Both figures may never be used again as a tribute by a player of the Lakers.

In recent years, he has worked for charities and has entered the business. He was also closely involved in the fledgling basketball career of his daughter Gianna. The NBA star was married to Vanessa Bryant and had a total of four daughters – Gianna, Natalia, Bianca, and Capri.

The American president Donald Trump reacts shocked to the death of the basketball legend. “Terrible news,” Trump writes on Twitter. Former President Barack Obama also expresses his condolences on Twitter. “Kobe was a legend on the field,” said Obama. ‘Losing Gianna is even more heartbreaking for us as parents. Michelle and I send love and prayers to Vanessa and the entire Bryant family on a black day.’

It also rains reactions from athletes and celebrities on social media. “There are no words that can describe the pain I feel due to this tragedy,” writes former top basketball player Shaquille O’Neal. ‘Shaq’ formed a golden duo with Bryant at the Lakers for years. “I have lost my niece ‘Gigi’ and my brother Kobe Bryant. I love you, and you will be missed. I sympathize with the Bryant family and the families of the other passengers on board.”

Meanwhile, fans have started gathering at the Staples Center.