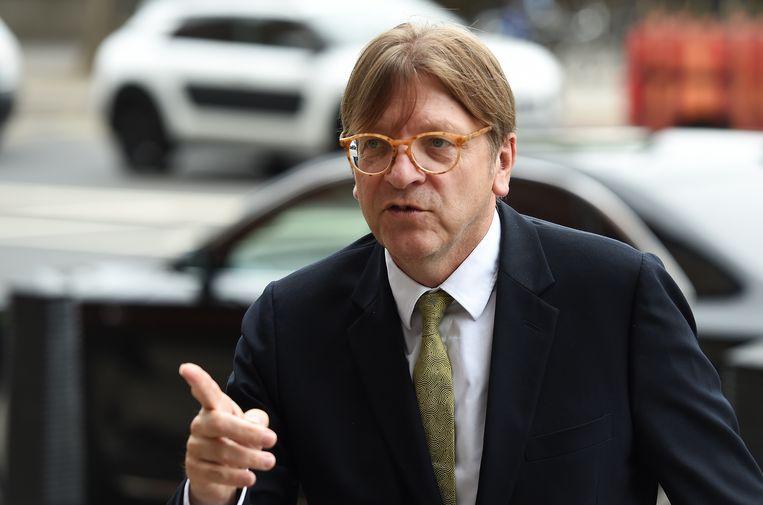 Europeans living in the UK should stay in Britain after the Brexit and be allowed to return there permanently, even if they have already left for more than five years. In return, British residents of the EU are granted a right of residence in the Member State where they live, and that right is automatically extended to the 26 other Member States. That is according to Guy Verhofstadt, who represents the European Parliament in the negotiations, “one of the slopes on the table”.

The right of residence of European residents of the United Kingdom and vice versa is one of the bottlenecks in the Brexit negotiations. According to Guy Verhofstadt, the Liberal Group Chairman in the European Parliament, there is now a proposal on the table that extends the right of residence of British citizens living in one of the Member States to the 26 other EU countries. In exchange, Europeans get a permanent right of return in the United Kingdom, even after a departure of more than five years. That is what he said today during a Commission in Parliament in Strasbourg. According to Verhofstadt, that “fair’s fair” is one of the pistes on the table, but no guarantees have been made yet.

Irish knot
The biggest knot in the Brexit negotiations – the avoidance of a hard border between Ireland and Northern Ireland – has not yet been disentangled. At the European summit last week, the British and Europeans should have achieved a breakthrough, but it did not work out.

According to Verhofstadt, an agreement has already been reached about “90 percent of what is needed”, but time is still needed. The former prime minister believes that the European Heads of State or Government can table a final withdrawal agreement before the summit of 13 and 14 December.

But not all MEPs are as optimistic as Verhofstadt. “There is little time left to prepare the entire procedure, it will be a failure,” said the chair of the Constitutional Affairs Committee Danuta Hubner this evening. On 29 March 2019, the British will step out of the European Union.

“This isn’t the Brexit I voted for”: fervent Brexit fans are already experiencing the effects of the divorce

“A picture paints a thousand words”: gloating at May?

Who will become ‘Mr. No Deal’? Tusk and Johnson are turning Brexitpite