Can the new coronavirus spread by air? Scientists have been asking this question since the beginning of the Covid-19 outbreak in Wuhan, China. A new study now suggests that this is the case. The researchers also found extremely minute virus particles in air droplets outside a laboratory, in places where many people pass by or in poorly ventilated areas.

Earlier, this was already observed during lab experiments. Still, in February and March, Chinese scientists also found tiny droplets with genetic markers of the virus in the air, more specifically in two hospitals in Wuhan, where the epidemic broke out at the end of last year.

Only in smaller, unventilated areas of about one square meter, such as toilets, and in places where many people pass by, increased concentrations of the virus were found in the air. And initially – before more safety measures were taken – also in rooms where hospital staff took off their protective clothing, which suggests that virus particles on textiles or other substances could be released back into the air.

In well-ventilated areas, the microscopic virus was present. In public places in Wuhan, such as supermarkets, hardly any virus was found.

According to Professor Linsey Marr of Virginia Tech, who was not involved in the research published in Nature Research, we’d better avoid places where many people gather. When breathing, coughing and speaking, two types of droplets are released: thick ones, which fall down immediately, and smaller ones, the so-called aerosols.

The small droplets can stay in the air and be inhaled by other people, although it is still not clear whether the collected samples are contagious as well. Marr thinks so and calculated that it takes a person about fifteen minutes to breathe in a virus particle. “They can hang in the air for at least two hours. This strongly suggests that the virus can be transmitted through the air,” she says to the New York Times.

So there seems to be more and more scientific evidence that the small droplets, aerosols, can indeed spread the coronavirus. The World Health Organization (WHO) claims that this chance is minimal and that the virus mainly infects people through the thicker droplets, which soon fall on the ground, and through contact with infected surfaces.

However, even the new study in Nature cannot give a scientific answer. The genetic blueprint of the virus, the RNA, appeared to be present in the aerosols, but the researchers do not know whether these virus fragments are still contagious.

Another study by the University of Nebraska – which has not yet been published – shows that viruses can also be present in places that are more difficult to reach, such as under a bed or on a windowsill.

The researchers suspect that small droplets can be carried along by air currents in the room. But even they could not determine whether the virus particles were still contagious. They are now trying to cultivate the virus to find out whether or not it can make people sick.

In a coma after dangerous alcohol internet challenge 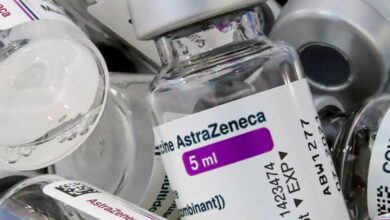 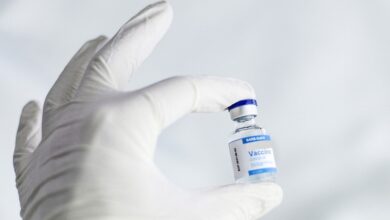