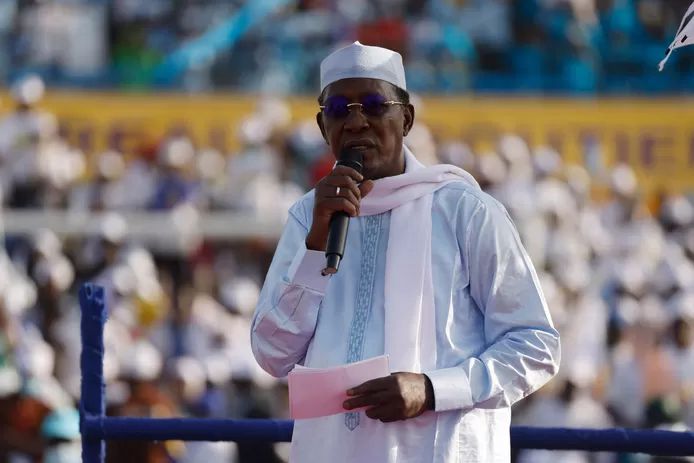 Re-elected in the presidential election on April 11 with 79.32% of the vote, the Chadian head of state Idriss Déby Itno died on April 20 following injuries received during the weekend on the battlefield, announced the army spokesperson.

According to a military spokesperson on state television, Chadian President Idriss Déby Itno, in power for 30 years, died on Tuesday of injuries received while commanding his army in fighting against rebels in the north over the weekend

“The President of the Republic, Head of State, Supreme Head of the Armed Forces, Idriss Déby Itno, has just had his last breath in defending territorial integrity on the battlefield. It is with deep bitterness that we announce to the Chadian people the death on Tuesday, April 20, 2021 of Marshal of Chad,” announced the spokesman of the army, General Azem Bermandoa Agouna, in a press release read to the TV Chad.

General Mahamat Kaka, son of the late President, has been appointed interim head of state, the spokesperson added.

Victory for his sixth presidential term

Idriss Déby Itno, who ruled Chad for 30 years, was re-elected for a sixth term with 79.32% of the votes cast in the April 11 presidential election, the national electoral body announced on Monday.

The turnout was 64.81% for this election won in the first round by the outgoing head of state, said the chairman of the Independent National Electoral Commission (CENI), Kodi Mahamat Bam, giving the figures “provisional” official documents, the Supreme Court still has to approve them after the study of possible legal appeals.

The 68-year-old politician had seized power during an armed rebellion in 1990. He was one of Africa’s oldest leaders and a close ally of the Western powers fighting against Islamist militants in West and Central Africa.

Military coups in Africa, from Zimbabwe to Sudan

Why is Somaliland not recognized?