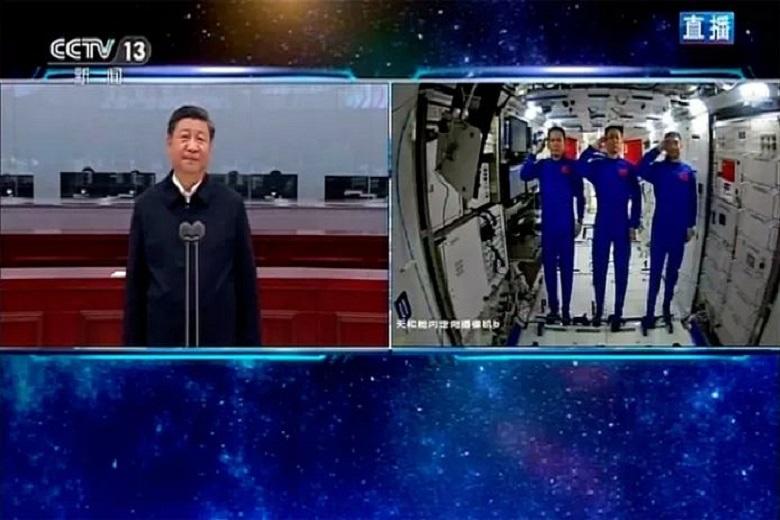 “We in Beijing await your triumphant return,” said Xi, who also spoke of “new horizons for humanity in the peaceful use of space.”

That return is yet to come. Taikonauts Nie Haisheng, Liu Boming, and Tang Hongbo will stay in the Tiangong (Heavenly Palace) space station for three months.

They had their feet tied to the floor during the conversation with Xi to prevent them from floating away. It was a long-distance conversation: the president was in the flight control center in Beijing, his ‘taikonauts’ about 380 kilometers above the Earth.

The base module of the Tiangong space station, Tianhe, was launched in April. That is a tube almost 17 meters long and just over four meters wide. There the three have to live, eat, sleep, exercise, work, and do research. In the coming years, two other modules must be linked to the first module.